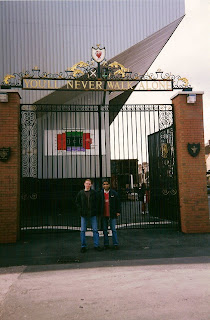 Sanjit and I in front of the Shankly Gates. 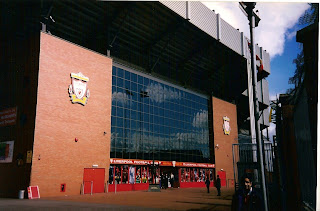 The Kop Stand from the outside. 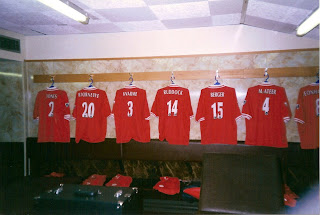 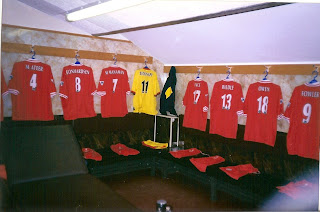 For some reason Jamie Redknapp was playing away. 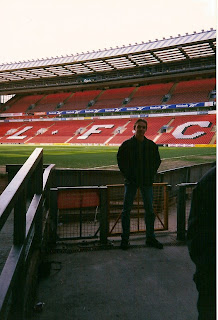 Me in front of the Centenary Stand. 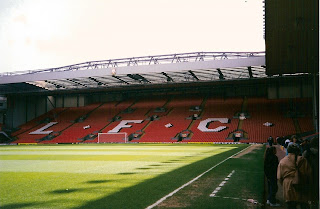 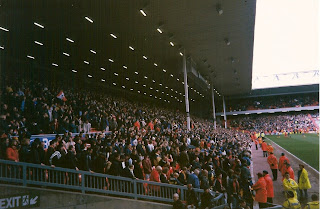 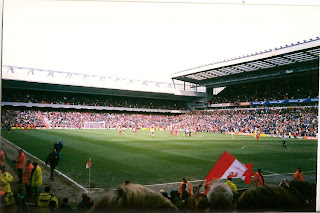 The Anfield Road and Centenary Stands. 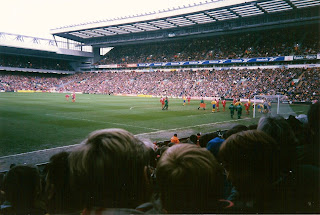 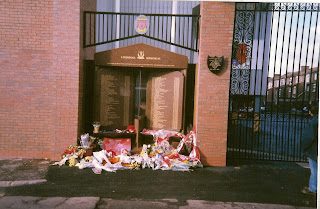