No football match for a change but a rugby game match, a rugby league match even, which was played in what is usually the home of Blackpool FC. My first encounter with rugby league was not planned but I found out there was a rugby cup final during our annual family weekend in Blackpool. I have to say I enjoyed it thoroughly. A fast-paced and close match with a well-behaved partisan crowd. Leigh Centurions won the Northern Rail Cup by beating Hull Kingston Rovers 22-18 after an impressive comeback. 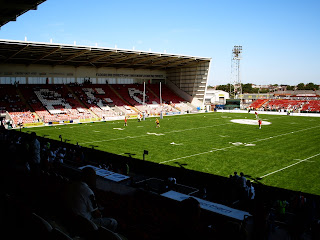 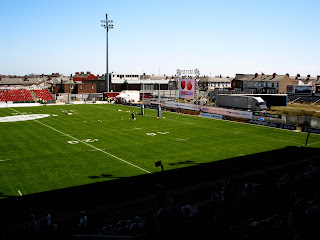 When I visited the stadium there was no South Stand. The South Stand is being built at the moment and you can check the progress here. 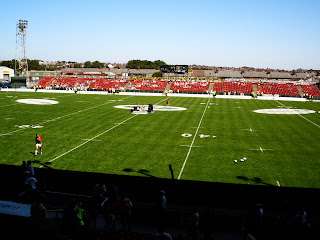 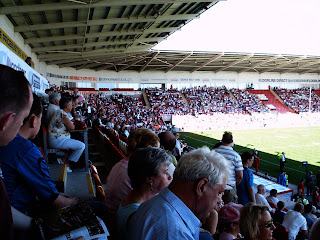 Our seats where on what was then called the Pricesbusters West Stand. 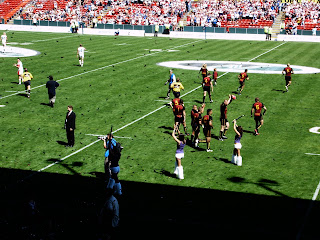 Both teams coming onto the pitch. 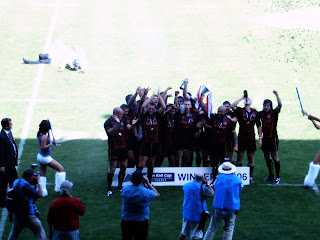