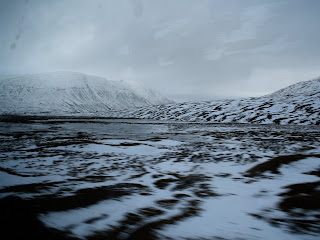 On Sunday 1st February 2009 Inverness Caledonion Thistle were taking on Celtic at the Caledonian Stadium. This seemed an excellent opportunity to pay this ground a visit. A ScotRail promotion ensured I could get a ticket to any destination in Scotland for only £15 so I decided to get my money's worth by making the picturesque train journey to the Highlands. The train from Glasgow Queen Street to Aberdeen left at 8:30 which meant I had to take a bus from Paisley to Glasgow as there are no trains from Paisley to Glasgow at this early hour on Sundays. We had to change at Perth and the train to Inverness was supposed to arrive at its final destination just after 1pm which would have given us almost an hour to walk to the ground. Unfortunately we experienced a bit of a delay in Aviemore and we arrived in the capital of the Highlands with only about 30 minutes to spare. We decided to take a taxi, which we shared with a couple of Celtic fans from Stirlingshire, and took our seats in the North Stand several minutes before kick-off. The actual match was better than expected. It was Terry Butcher's first game in charge as Inverness manager and the players seemed eager to prove themselves. Celtic were unable to score and the game ended goalless to the delight of the Inverness fans. We walked back to the city centre which took us about 30 minutes. We had enough time for a couple of pints in The Exchange near the station before we headed back to Glasgow on the 6:30pm train. 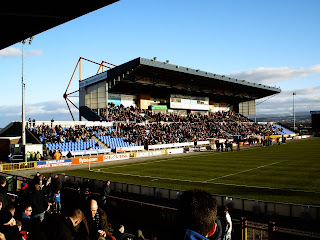 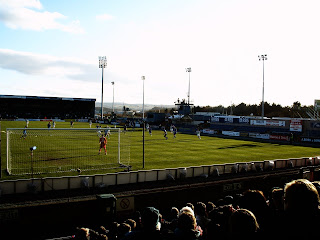 The South Stand which housed the Celtic fans and the temporary West Stand. 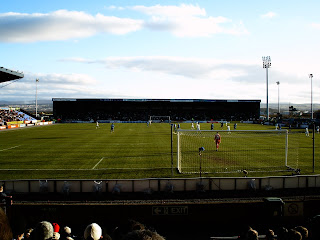 A better view of the South Stand. 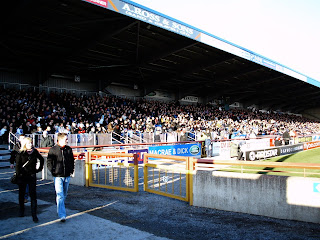 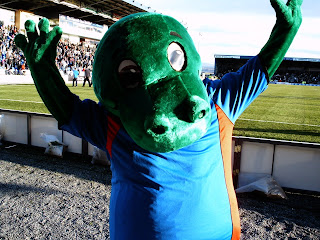 This guy was more eager to have his picture taken than his reputation suggests. 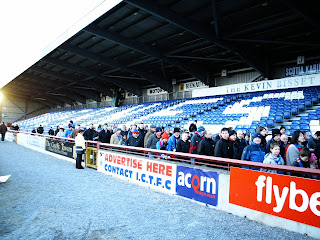 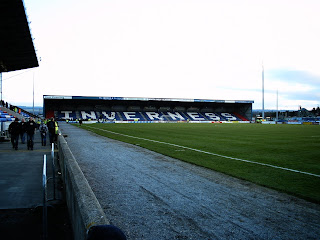 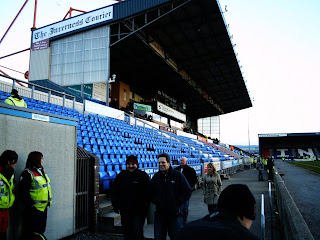 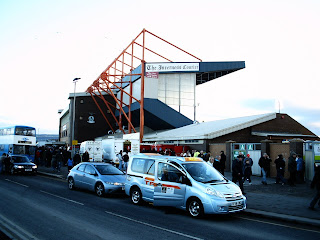 The Main Stand from outside the ground.