Since 1989 all finals of the Dutch Cup ('KNVB-beker' in Dutch) have been played at the De Kuip stadium in Rotterdam. This was part of a strategy of the KNVB to give the domestic cup competition more status in the Netherlands. 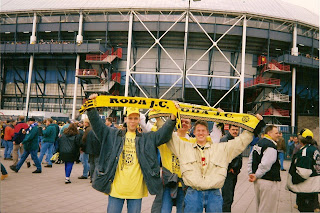 Outside the De Kuip for the 1997 final againt SC Heerenveen. It was the first time Roda were playing a cup final against a team other than one of the traditional Dutch top-three however Heerenveen were considered slight favourites. 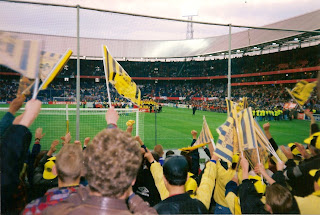 Nevertheless Roda JC won the game convincingly: 4-2. The first major trophy in the history of the club was in the bag. 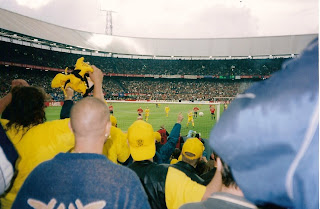 Only three years later Roda JC were in the final again after beating Vitesse in the semi-final. Again Roda JC were playing a 'smaller' team, this time it was N.E.C. of Nijmegen. Roda JC won 2-0. Eric van de Luer scored this winning penalty in the dying minutes of the game. 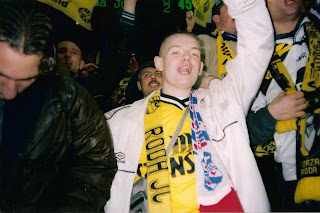 Understandibly I was delighted to have won the cup again, only three years after the first one. 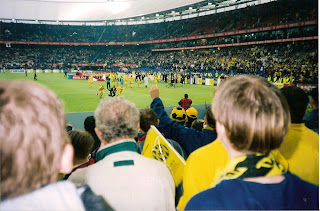 The players were happy too. 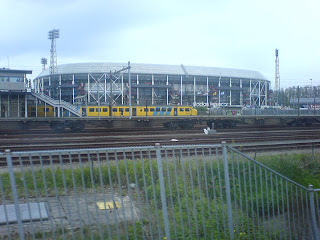 It took eight years for Roda to reach the final for a sixth time. Roda had been close in 2006 when they lost the semi-final to Ajax in Amsterdam after extra time after having been up 1-0 and Huntelaar scored the equaliser almost 3 minutes in injury time. 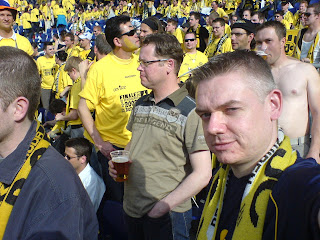 We knew this was going to be more difficult than the last two editions as we were playing Feyenoord at their own home. 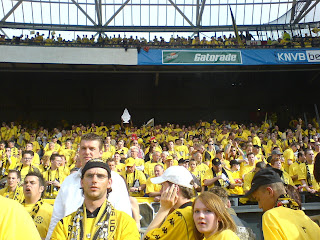 Nevertheless the Roda fans showed up in good numbers. 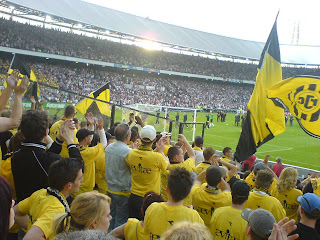 However what we all had feared happened. Roda never showed up on the day and Feyenoord won comfortably 2-0. 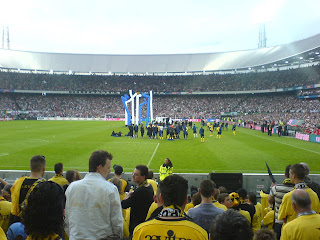 Unfortunately no white bath robes for Roda JC but blue ones. Interestingly when Amstel sponsored the Dutch Cup the losers would get the white robes and the winners received red robes.
Posted by Bas at 16:22