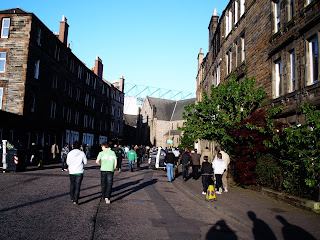 Approaching the ground via Albion Road. It turned out my camera got switched on inside my bag and when I took it out to take some pictures the battery was almost down. I still managed to take a few pictures even though some did not turn out as good as I had hoped. 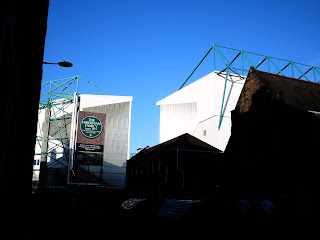 The Famous Five (North) Stand seen from outside the ground. Easter Road was the only SPL ground I had not visited yet. 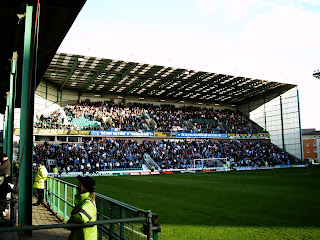 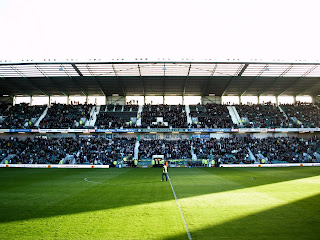 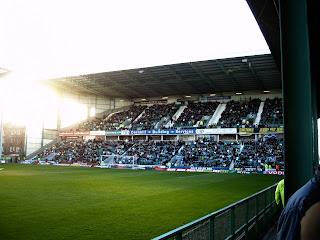 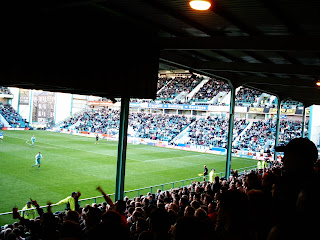 Taken from our 'seats' in the East Stand, or more accurately taken whilst standing on the seat of the guy in front me. Probably my favourite stand of all the current SPL grounds.