For pictures of an Airdrie United home game see this post.
On Saturday 9th May Martijn and I headed for Airdrie where Airdrie United were going to take on newly-crowned First Division champions St Johnstone. Airdrie could secure First Division football for at least one more season if they beat St Johnstone and if Ross County lost at Morton. We took the train from Glasgow Central and got off at Airdrie station after a 30-minute journey. Drumgelloch station is actually closer to the ground but the plan was to watch today's Old Firm derby in one of the pubs in the town centre before heading off to the Excelsior Stadium. 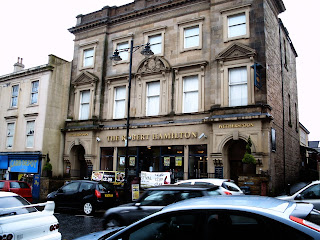 The weather was a bit disappointing, that is to say torrential rain and it did not look like the sun was going to come out any time time soon. First stop was the local JD Wetherspoon's pub, The Robert Hamilton. At around 12:30 we left to look for a suitable pub to watch the Rangers v Celtic game, which Rangers eventually won 1-0. We ended up in The Banker's Draft which looked quite modern from the outside but was actually more of an old men's pub. The atmosphere was good though and the free pies, I think I had three, went down well. 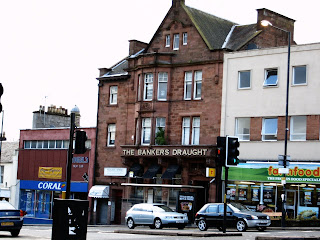 We then headed for the ground to see our live game. It still had not stopped raining and when we arrived at the ground, absolutely soaking after a 15-minute walk, we found out the game was postponed because of a waterlogged pitch. The game was now to be played on Monday 11th May but was now meaningless because Airdrie knew they would have to fight for survival in the play-offs since Ross County had beaten Morton 2-0 at Cappielow. 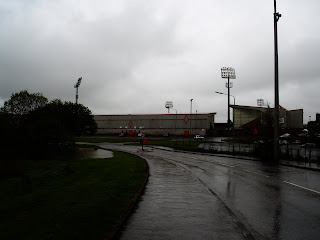 Nevertheless I was not going to pass up on the chance to take a few pictures. And the handful of policemen on duty even allowed me to enter the ground to take some photos. 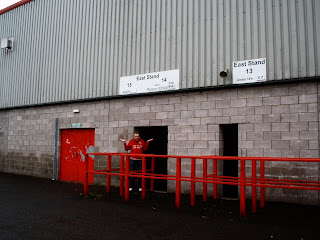 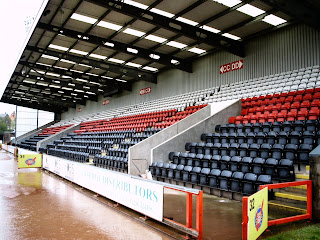 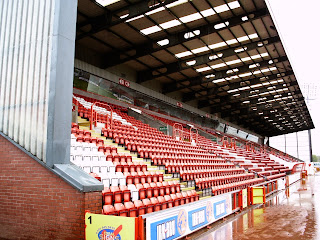 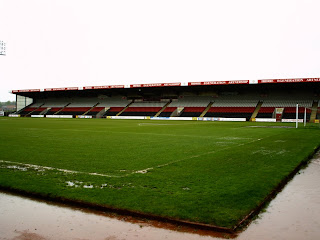 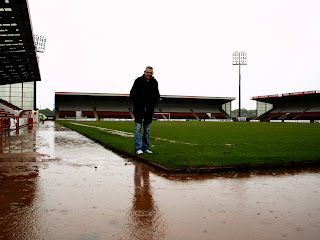 Myself standing in front of the North Stand. 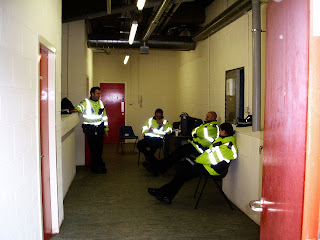 These guys allowed me to take some pictures inside the stadium. Thanks again!
Posted by Bas at 18:06