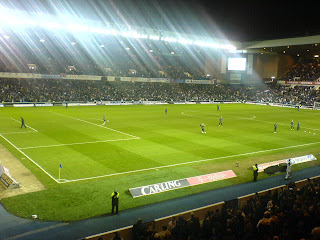 View from the Main Stand against Werder Bremen on 6 March 2008 (UEFA Cup, round of 16, first leg). The Govan Stand and part of the Copland Road Stand can be seen. 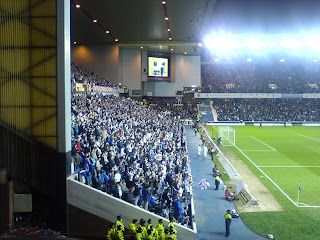 View from the Main Stand on the Broomloan Stand. Rangers beat Werder Bremen 2-0. Rangers lost the return leg 1-0 but this was enough to see them through to the quarter finals. Attendance: 45,959. 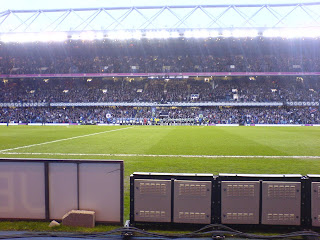 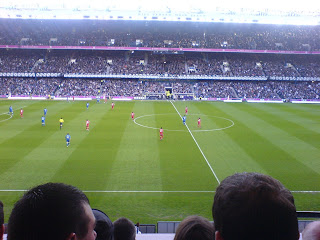 To my own suprise I managed to get an excellent seat in the Govan Stand for the UEFA Cup semi-final (first leg) against Fiorentina on 24th April 2008. 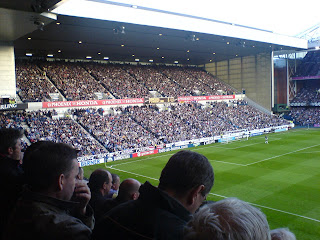 The Copland Road Stand. The game against Fiorentina ended goalless as well. 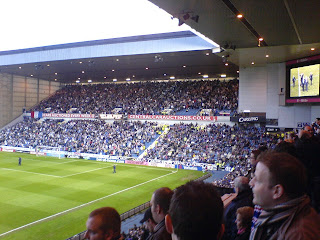 The Broomloan Stand: the Fiorentina supporters can be seen on the right. The return leg in Italy was another 0-0, even after extra time. Rangers won the penalty shoot-out 4-2 and qualified for the 2008 UEFA Cup final in Manchester. Attendance: 49,199. 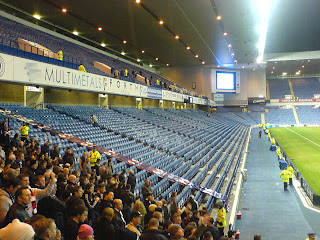 The following season I returned to Ibrox as a St Mirren supporter on 15th November 2008. Kris Boyd scored for Rangers after only five minutes and then Steven Davis made it 2-0 10 minutes after kick-off. We all feared the worst. The picture shows the Govan Stand after the final whistle. 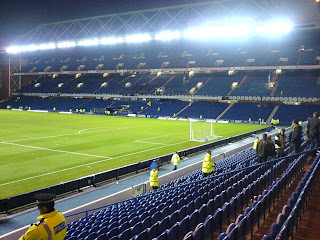 St Mirren showed character and managed to avoid a thrashing. Franco Miranda scored for St Mirren in the 81st minute but it was not enough to salvage what would have been a well-deserved point. The game ended 2-1 to Rangers. The picture shows the Broomloan Stand and the impressive three-tier Main Stand. Attendance: 49,321. 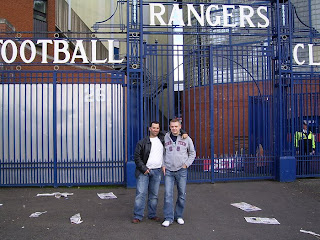 With my mate Marco, who visits me from Holland regularly, outside Ibrox when we attended Rangers v Inverness Caledonian Thistle on 14th October 2006. Inverness stunned the Ibrox side when Graham Bayne put them 1-0 ahead in the 71st minute. Rangers were unable to pull one back and the game ended in defeat for Rangers. Attendance: 49,494.
Posted by Bas at 13:14