These pictures were taken during St Mirren's final game at Love Street on 3rd January 2009. The match was a rare sell-out but unfortunately a rather boring game and no goals. St Mirren had called this their home ground since 1894. St Mirren played their first game at the new St Mirren Park against Kilmarnock on 31st January 2009.

See also these pictures of Love Street taken in February, March, and July 2010. 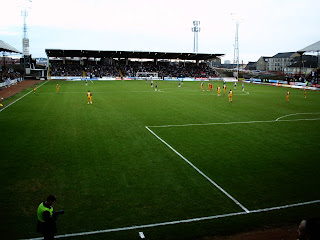 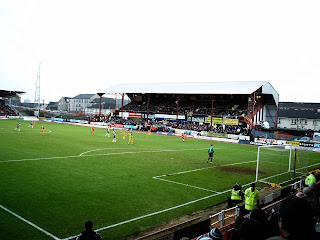 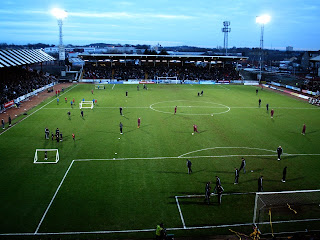 The East Stand at half time. 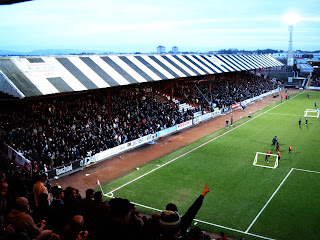 The North Bank, which housed the most fanatic Saints supporters. 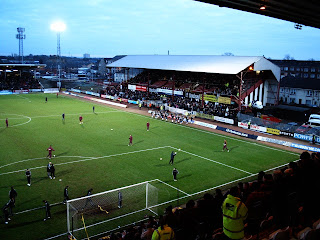 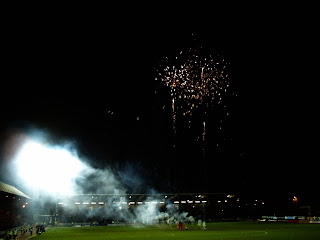 Fireworks after the final whistle. The end of an era...