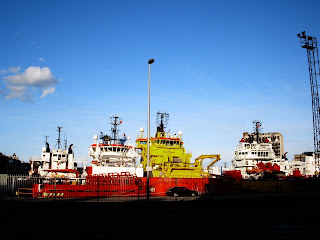 The Daily Record is not a newspaper I usually read however they had an offer I could not resist. A return journey to any destination in Scotland with Citylink coaches for only a fiver made an away trip to Aberdeen a very interesting prospect. The journey from Buchanan Bus Station in Glasgow to Aberdeen was quick (3.5 hours) and comfortable apart from the boy next to me being sick on the floor of the bus literally minutes before we arrived at Aberdeen Bus Station. Luckily he managed to avoid my legs and feet so I was ready to explore Aberdeen in a pristine state.
I had a few hours to wander about in the City Centre and after walking up and down Union Street, which is Aberdeen's main shopping street, it was time to look for a decent pub and since I was on a budget today I was particular keen to find a Wetherspoon's. When I had almost given up I stumbled upon The Archibald Simpson. After a couple of pints of Deuchar's and watching Hearts v Celtic come to a close (1-1) it was time to head for the ground. 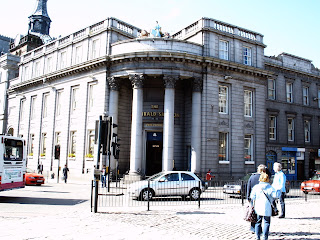 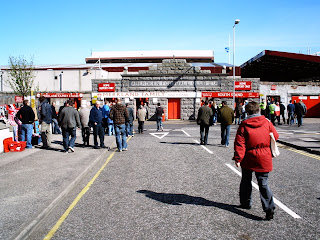 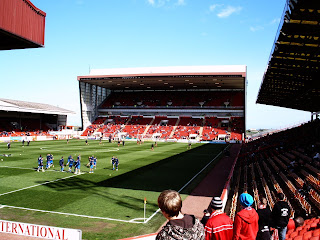 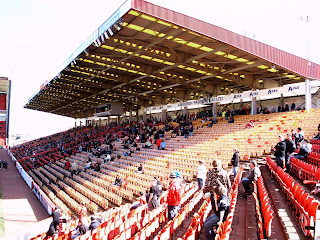 The South Stand where my seat was. I had purchased a ticket in advance over the internet. 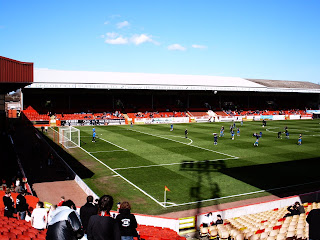 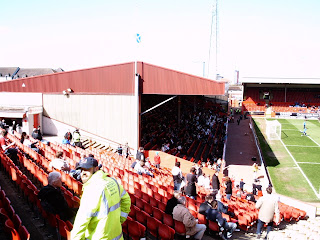 The Merkland Family Stand. The picture also shows the uncovered area between the Merkland Stand and South Stand, the only uncovered part of the ground. 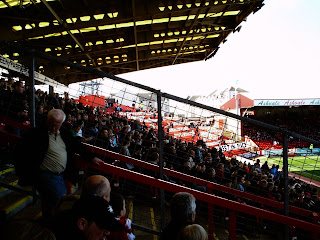 The Red Ultras were displaying banners showing the names of the people who died in the North Sea helicopter crash on 1st April 2009. A very impressive one-minute silence was observed before kick-off by both sets of supporters. 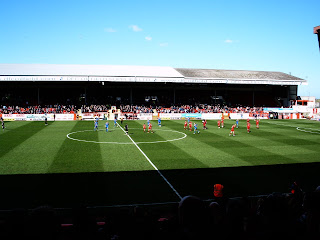 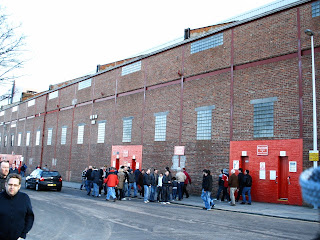 The beautiful traditional brick facade of the Main Stand 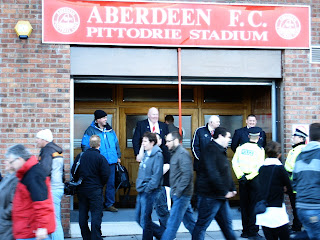 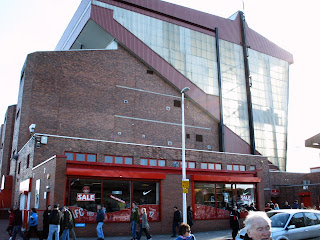 The Richard Donald Stand and the club shop.

After the game it was back to The Archibald Stimpson for a cheap meal and a cheap pint. It had been an enjoyable day and everything so far had gone as planned. Unfortunately the journey back to Glasgow took a bit longer than expected. The coach broke down near Perth and we had to wait for what seemed like ages to get a replacement bus. After we arrived back in Glasgow I only just managed to catch the last train back to Paisley.