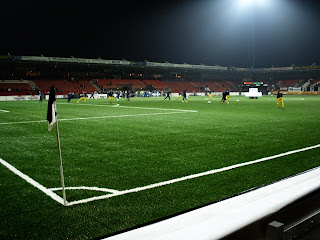 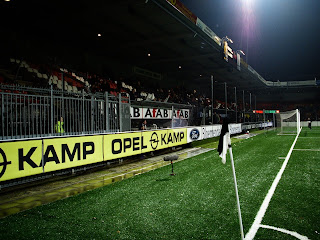 The Folkert Velten stand. Folkert Velten played for Heracles from 1988 till 1998 when Heracles were playing in the second tier of Dutch professional football. In those days Eerste Divisie matches were played on Saturdays and Eredivisie games on Sundays. A very prolific goal scorer he never signed for a top-flight club as he refused to play games on the Sabbath because of his religious beliefs. 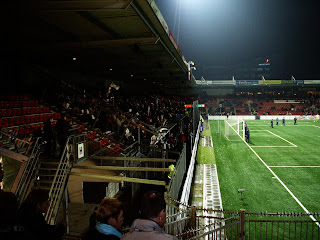 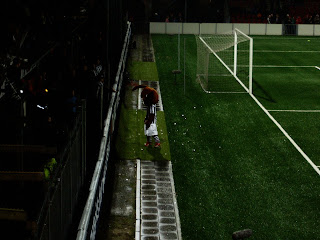 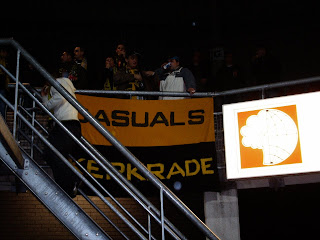 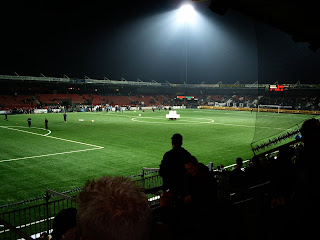 The Frist van den Elst and Steve Mokone stands. Mokone was the first black footballer in the Netherlands in the 1950s. He left Coventry to join Heracles. 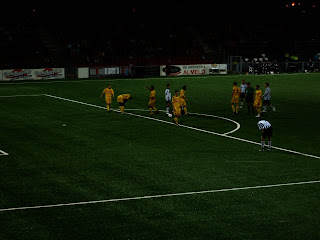 I cannot remember what was happening here, looks like a Roda foul. 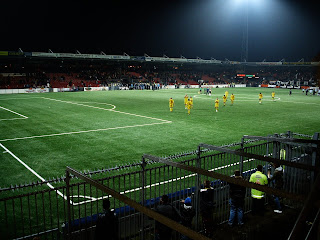 I recorded this video of both teams entering the pitch with my digital photo camera. The picture and sound quality are not the best.