For more pictures of Somerset Park see this post and this one. 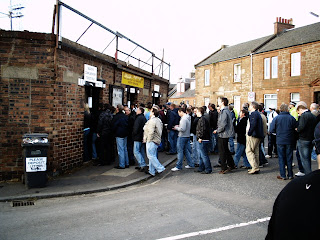 Long queues at the turnstiles. We did not make it in before kick-off. 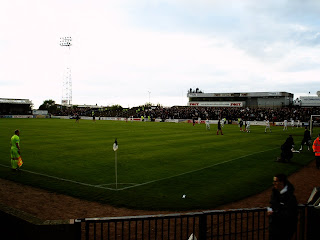 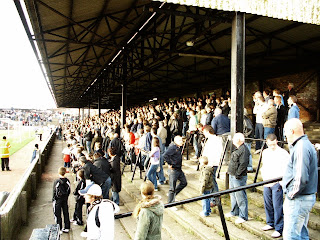 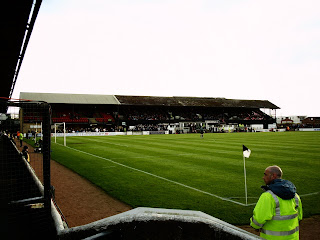 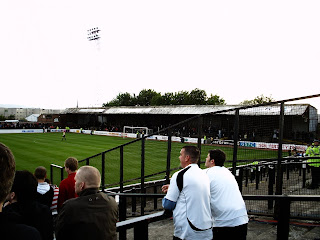 The Railway End, which housed the Airdie Utd fans. 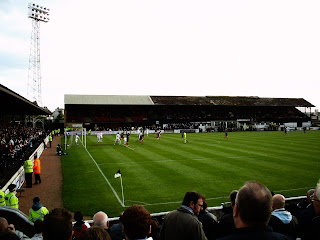 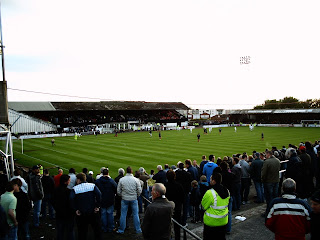 Another view of the Main Stand and Railway End. 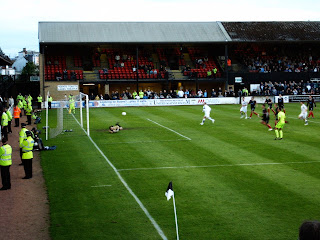 Chris Aitken misses the opportunity to put Ayr Utd 3-2 ahead with this poor penalty attempt.