This was my first visit to the new St Mirren Park which opened in January 2009. Celtic demolished the Saints 7-0 in the SPL, exactly 7 days before this Scottish Cup quarter final. This rather unexpected win over Celtic remains only the second win for St Mirren in their new ground so far. Billy Mehmet's penalty was enough for the Buddies to seal a spot in the semi finals at Hampden Park. 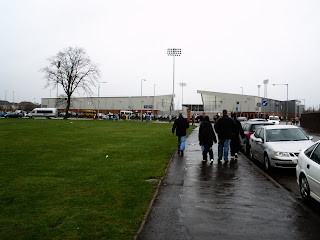 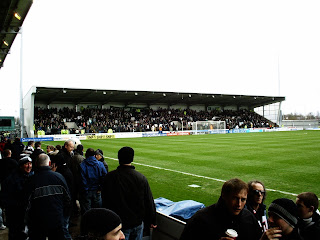 The Celtic Fans were housed in the North Stand. 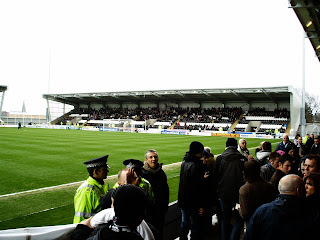 The South Stand, which is the 'family stand'. 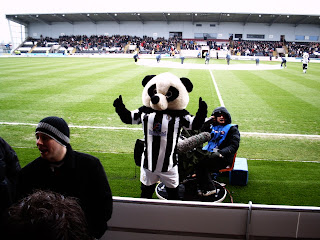 The Paisley Panda was happy to pose for a picture. Sky Television were present as well. The Main Stand can be seen in the background. 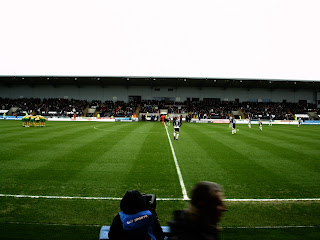 The Celtic huddle just before kick-off. 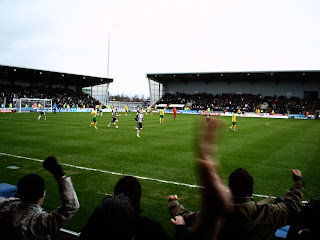 The final whistle, the Saints are going to Hampden!