On Sunday 22nd March 2009 Martijn and I took the train to Dundee to see the Terrors take on Celtic at Tannadice Park. The train journey was comfortable and reasonably short, one hour and 25 minutes, and we arrived in Dundee with about 50 minutes to spare. For some reason I had not done my regular pre-match research but we started walking in what later turned out to be the right direction. Not wanting to take a chance getting completely lost we took a taxi to the ground from Dundee city centre. 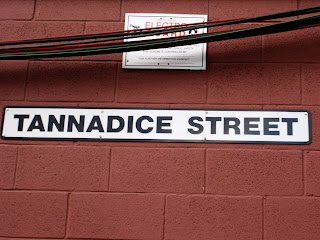 After we arrived at Tannadice the first stop was the ticket office as one of the tickets that we had ordered over the phone was missing one of the 'to be given up' stubs and I was determined not to make an overzealous steward's day. After we were given a replacement ticket we headed for our seats in the George Fox Stand. 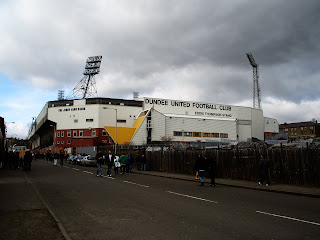 To my surprise the complete West Stand, as well as the entire Jerrie Kerr Stand, and part of the Eddie Thompson Stand were allocated to the Celtic fans so 'our' stand was the only real home stand. 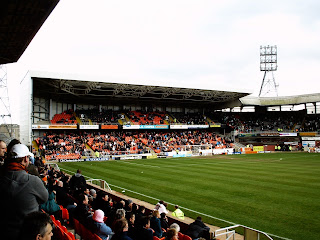 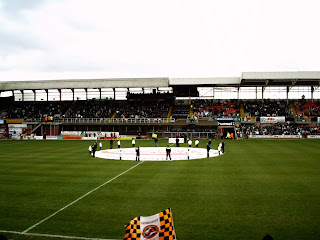 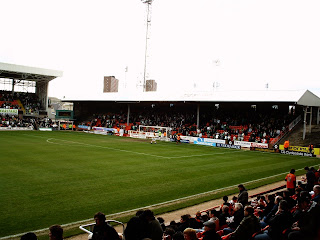 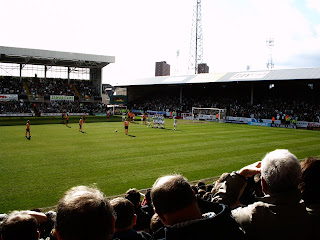 The game was one of the more entertaining SPL matches I have seen this season. After Scott McDonald put Celtic ahead in the first half United were lucky to be only 1-0 down at half time. However after Francisco Sandaza scored two early goals in the second half the Terrors looked like winning this game until Lee Naylor equalised six minutes before time with a lovely volley. 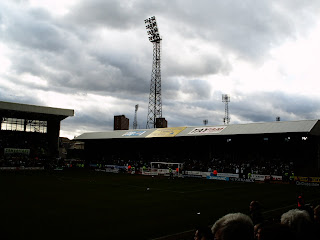 Everyone knows how close to each other the two Dundee grounds are. Here you can see the Dens Park floodlights looking over the West Stand. After the game one of the gates at Dens Park was opened by a groundsman enabling me and a few Celtic fans to sneak in and take a few pictures until Tayside's finest requested us politely to move along. 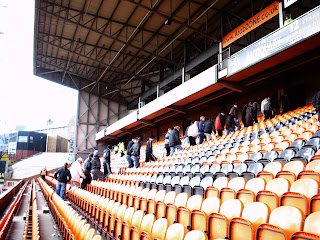 The George Fox Stand after the game. 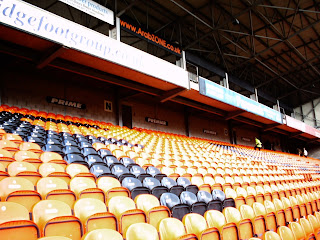 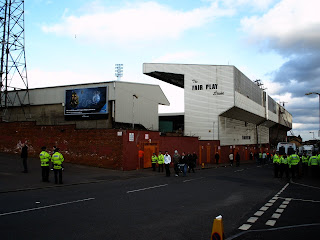 It was an entertaining day out in Dundee. After the game we walked back to the town centre and had a few post-match drinks and some grub in The Counting House, the obligotary Wetherspoon's pub, before we headed back to Glasgow. I hope to be back for the 2009/2010 season to visit a game at Dens Park.