Today I visited my second new ground of the new season, Cliftonhill Stadium in Coatbridge, Lanarkshire, home of Scottish Third Division side Albion Rovers. Today they were playing a Celtic reserve team, led by Neil Lennon for the first time, for the (apparently annual) Jock Stein Friendship Trophy. The Wee Rovers had never won this pre-season cup and today was not their day either even though they came close this time. There was a no crowd segregation and the Celtic fans, who were in the majority, created an excellent atmosphere.

From Glasgow Queen Street it is only a 20-minute train journey to Coatdyke station and from there it is a 10-minute walk to Cliftonhill. The ground can be accessed from Main Street only which I did not know at first so I starting looking for the entrance when I noticed a couple of guys walking up a hill in Albion Street from which it turned out you have an excellent view of the pitch. Obviously I did not mind paying the £5 to get in but there were some good photo opportunities.

The first half was quite entertaining but the second half was a right bore and there were no goals so a penalty shoot-out was required to decide who would win the 2009 Jock Stein Cup. After 16 penalties Celtic won 5-4, meaning that for seven players the pressure was already too much which does not bode well for the new season I suppose, considering the irrelevance of this match. 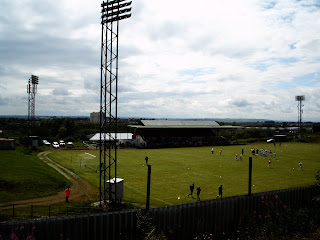 The Main Stand seen from outside the ground. It is possible to watch the action on the pitch without having to pay admission. 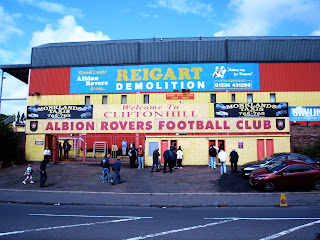 These are the only turnstiles in use nowadays. 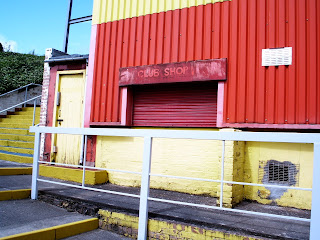 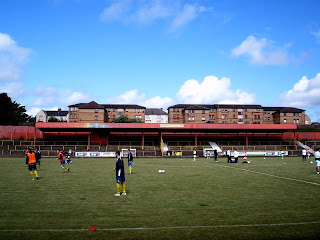 The covered terrace opposite the Main Stand does not seem to be in use anymore. 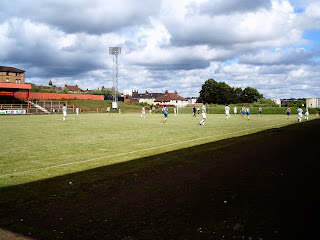 No stands behind either of the goals. Some freeloaders can be seen in the background. 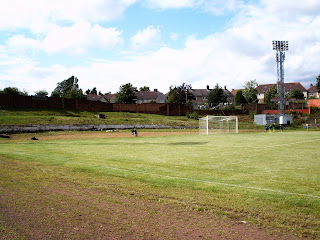 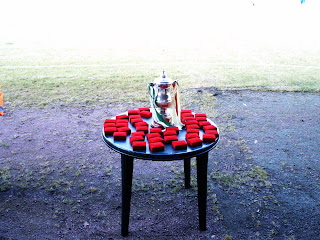 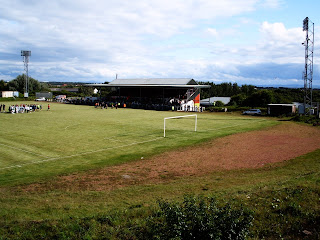 The Main Stand seen from outside the ground after the match. 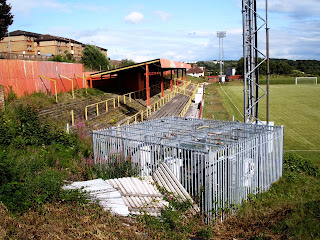 The Albion Street Terrace seen from outside the ground. It is starting to get overgrown and I cannot imagine this terrace in use again any time soon. 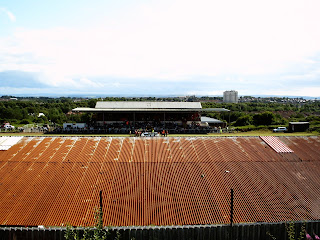 Another picture of the Main Stand, this time taken from behind the roofed terrace. The Celtic players can be seen celebrating winning what surely is not the most important trophy of the season.