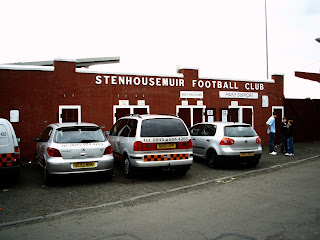 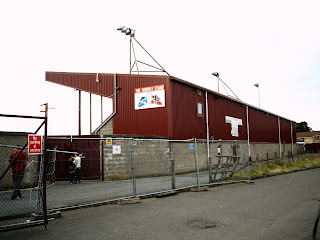 I took the train from Glasgow Central to the village of Larbert. The train journey took only 20 minutes and from Larbert station it was only a ten-minute walk to the ground which, as of last season, is now also home to East Stirlingshire FC. The ground is, as you would expect, fairly small with only two stands. The Tryst Road Terrace is a roofed terrace at one end of the ground. This stand housed the Falkirk supporters last night, although it is my understanding that there is no segregation in place at most Stenhousemuir home games. The Main Stand is a fairly modern all-seater stand. It is now called the Norway Stand as it is sponsored by a group of Norwegian supporters (yes, Norwegian supporters). 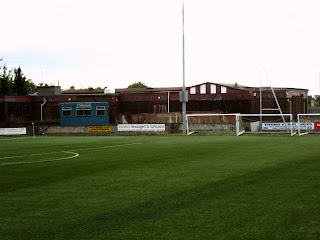 The game was quite entertaining, even though Falkirk fielded a team consisting mainly of youth players. Andrew Stirling opened the score for Stenhousemuir after 17 minutes. Craig O'Reilly then made it 2-0 to the Warriors six minutes later before Paul Sludden scored for the Bairns after another 6 minutes. Three goals after less than an hour played is of course not bad but unfortunately none of the players were able to find the net in the 60 minutes that were to follow.

All in all an entertaining night and I was able to do it on a budget, £5 to get inside the ground and the programme was free. Also, because I was working that day there was no time to go to the pub so a very cheap night indeed. I will have to go back soon to visit an East Stirlingshire game. 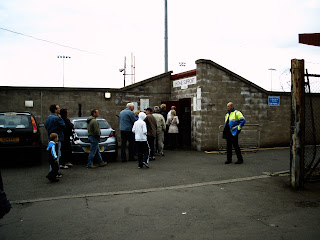 Turnstiles leading to the Norway Stand. 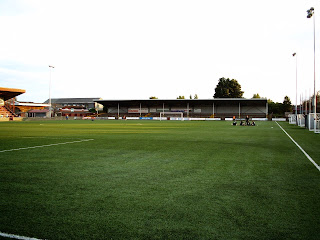 The Tryst Road Terrace after the game. 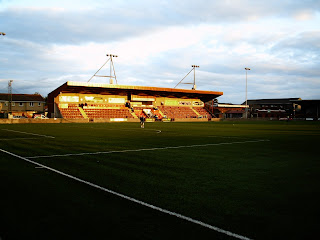 The Norway Stand after the game. 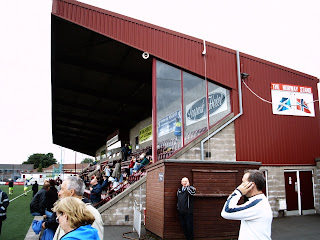 The Norway Stand seen from inside the ground. 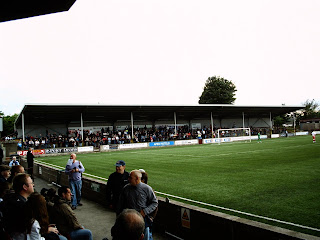 The Tryst Road Terrace housed the Falkirk Fans who showed up in good numbers despite the fact that there was no mention of this game at all on the Falkirk FC website. 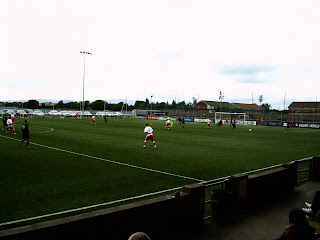 No stands on the other side or other end of the pitch.