On Monday 27th July, whilst still on our honeymoon, Gail and I took the F.G.V. train to Alicante. This takes about an hour and 10 minutes from Benidorm and a return ticket costs less than six euros. As this is not a 'normal' railway but a narrow gauge railway it is quite slow but some of the views are stunning.

The Estadio José Rico Pérez is about a half-hour walk from the station. Well, it is about three kilometres, and to be honest it took us probably a bit longer than half an hour, what with the Spanish sun on a July afternoon.

The stadium was built in 1974 and is home to both Hércules CF and Alicante CF. During the 2008/2009 season both clubs played in the Segunda División, the second tier in Spanish professional football. Hércules only just missed out on promotion to the Primera División and ended the season in fourth place. Alicante ended up in 20th place and were relegated to Segunda División B. 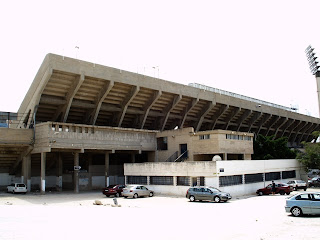 The ground was also a World Cup venue in 1982 and hosted three games. Argentina beat Hungary 4-1 and El Salvador 2-0 in Alicante. In the match for third place Poland beat France 3-2.

With its current capacity of about 30,000 the ground would not be able to host any World Cup games nowadays but it is still quite impressive for a second division club (or clubs). The ground is mainly uncovered, like most grounds in Spain, with only a few roofed seats in the lower tier of the main stand. The most impressive stand is the two-tier stand opposite the main stand. 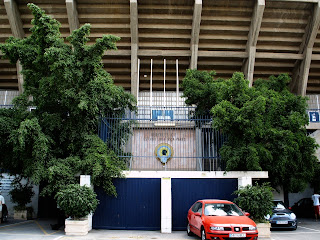 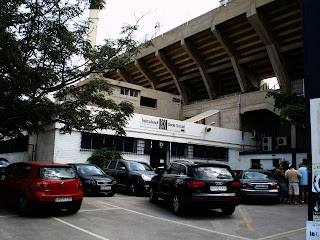 The Hercules CF Social Club outside the ground. 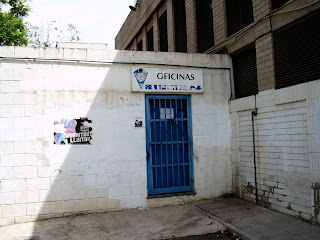 The Alicante offices looked a bit depressing. It is clear that Hércules are the bigger and more successful club. 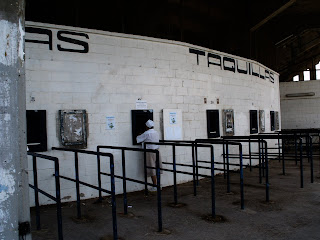 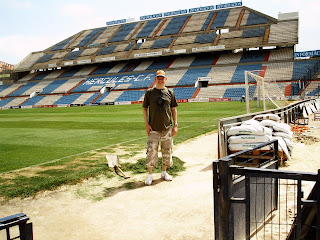 Luckily one of the gates was open and I managed to take a few pics (and having a few taken of myself as well) inside the ground. 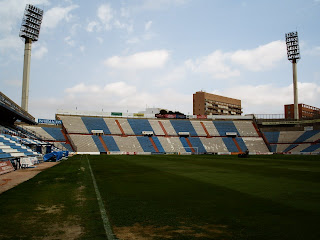 The ground did not disappoint with its large stands and big floodlights! 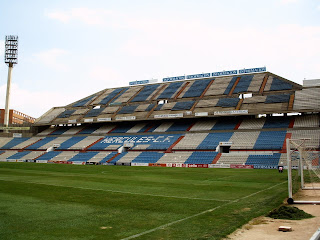 Surely the most impressive stand of the four. 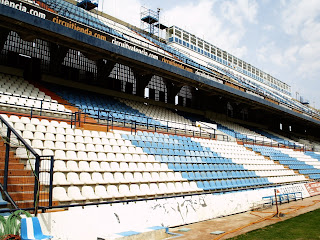 The main stand is not looking bad either. 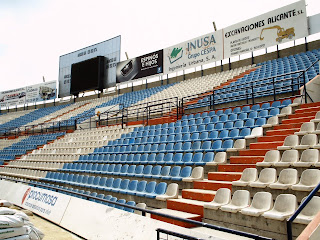 The smallest of the four stands has what looks like a fairly modern scoreboard.
Posted by Bas at 21:26