Today I went to Cumbernauld to see Clyde take on a Manchester United select in a friendly at Broadwood Stadium. After an 11-minute train journey from Glasgow Queen Street I got off at Croy. From there it is a 20-minute walk to Broadwood, a modern ground that was opened in 1995. An interesting bit of trivia is that Broadwood is the highest ground in Scotland (in terms of altitude). The capacity is about 8,000 divided over three stands. There is no stand at the northern end of the ground, and it looks like there will never be one either as a leisure centre has now been built at this end. There does not seem to be a need to expand the ground anyway, only 663 witnessed the Bully Wee losing 3-1 to Peterhead yesterday.

There were a few more in attendance today but still by far no full house. There was a sell-out crowd when Clyde entertained the Red Devils in July 2005. Today however it was not Sir Alex's first team showing up but Ole Gunnar Solksjaer's reserve squad. Nevertheless the Reds proved much too strong for the Scottish part-timers who counted themselves lucky to be only 4-0 down when the referee blew the final whistle. 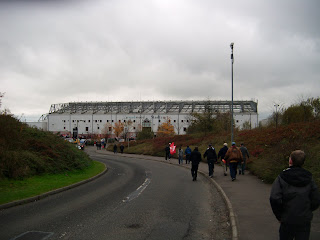 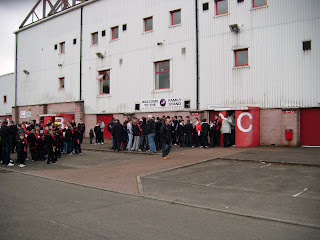 Queues at the turnstiles. 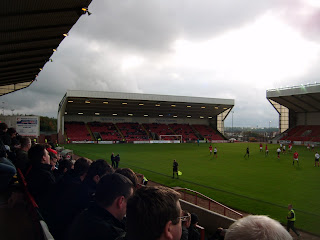 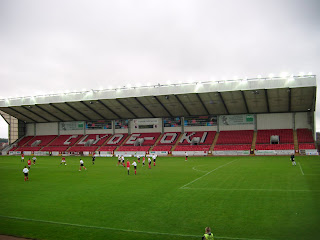 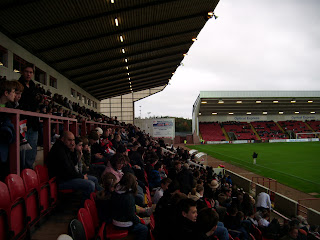 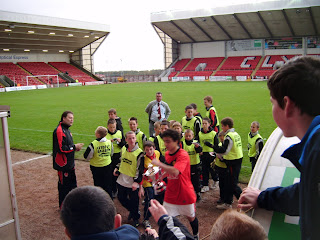 Rafael da Silva with the 'Advance Construction Scotland Trophy' and he seemed really pleased with it.