After having visited the Cowdenbeath v East Fife derby, which had kicked off at noon, I took the 14:22 train from Cowdenbeath to Dunfermline Town. After less than 10 minutes on the train I arrived at East End Park well in time for kick-off but decided against shelling out another 16 quid and just took a few snaps from outside, including a few peeks inside thanks to a couple of friendly stewards.

Of course as far as visiting the 42 Scottish Football League grounds is concerned this one does not 'count' so I will have to go back here on a later date but from what I have seen it looks like an impressive First Divsion ground. 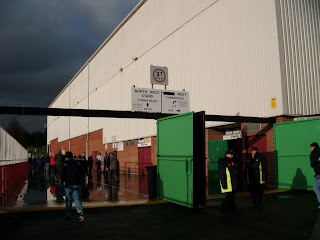 Outside the North Stand. 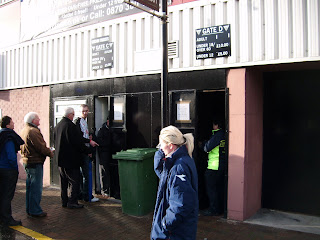 Turnstiles leading to the Main Stand. 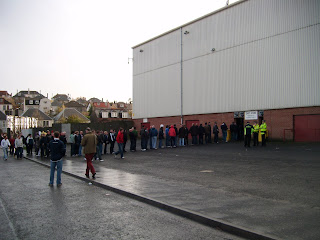 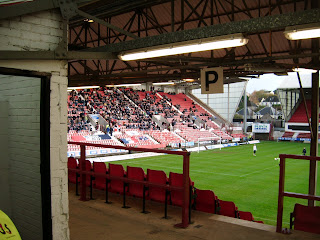 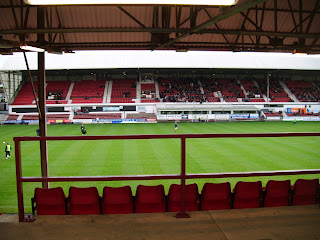 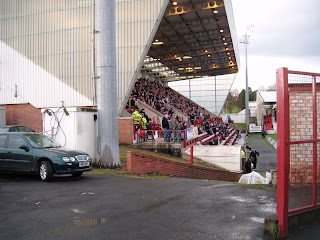 The Norrie McCathie Stand.
Posted by Bas at 20:51