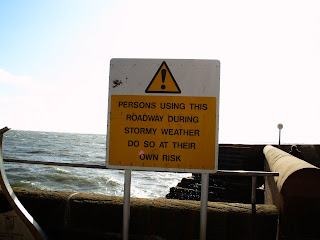 Yesterday I took the train to Arbroath, a journey of one hour and 40 minutes, to pay my first visit to Gayfield Park. Arbroath were playing Clyde in the Scottish Second Division. I had never been to Arbroath before but had already seen on Google Street View that it was a town worth visiting and had been looking forward to it for a couple of weeks. I arrived at Arbroath railway station at around 13:20, which me gave a bit of time, but not too much, to explore the town. 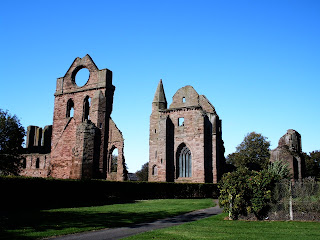 The first thing I noticed were the ruins of Arbroath Abbey so I walked up there to take a few pictures. I did not have time to visit the museum and to get on the actual premises so I just took a few snapshots from outside. There was a nice blue sky and it looked like a nice day for a football game, even though it was a bit windy. I remembered reading on Wikipedia the night before that 'sadly, excessive health and safety concerns in recent years, have meant more frequent cancellations in recent [years] due to excess wind, frost, snow, fog, rain.' Surely it was not that bad today? 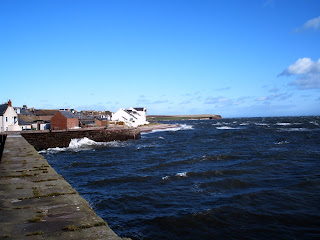 After having visited the Abbey I walked to the shore. I have to say it was very windy here and I struggled to keep my camera still. After having taken a few pictures I walked back into the town to have something to eat. 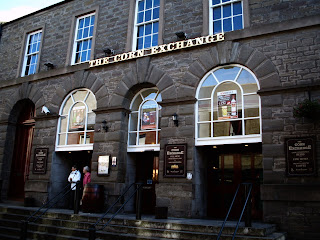 I had already seen on the internet that there was a JD Wetherspoon's in Arbroath as well, The Corn Exchange, so I went there for a quick pint and something to eat. However I almost choked in my spicy tomato pasta when I saw on Sky Sports News that the Arbroath game had been postponed. I was obviously quite annoyed to have made this journey for nothing now but I decided to make the most of it anyway. Going back to Glasgow immediately was no option as I had an advance ticket for the 17:29 train. I remembered nearby Montrose were playing Queen's Park so I walked up to the station. I had just missed the 14:22 train to Aberdeen and the next one was at 15:22. If I took that one I would arrive at Links Park in time for the second half, better than nothing. It also gave me some time to walk up to Gayfield Park and take some pictures there before heading for Montrose. 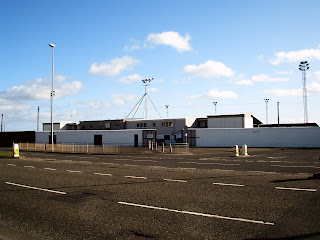 It was a short walk to the ground. It was very windy indeed and I struggled to keep the camera still in order to take a half-decent picture. Luckily the gate was open and I could take a few pictures inside as well. 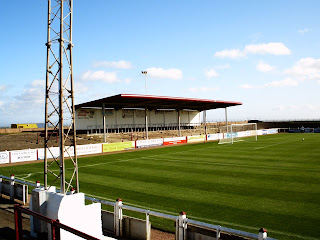 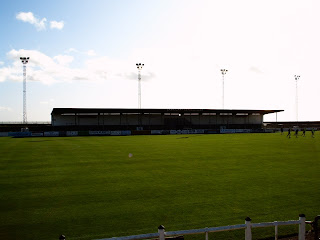 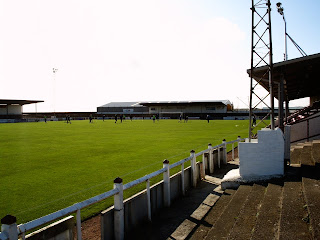 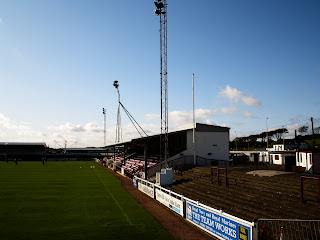 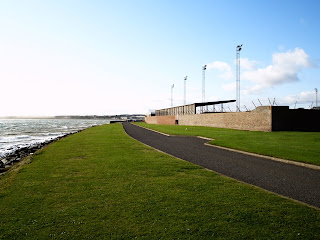 Another view from outside. Supposedly Gayfield Park is the closest to the sea of all stadiums in Europe. I am not sure if this is true but it is very close! After having taken these pictures it was back to the train station to take the train to Montrose.
Posted by Bas at 10:38