I have visited Firhill Stadium only once to see a Partick Thistle match. That was some time ago now, during the 2002/03 season. The Jags were playing Dundee and both teams played in the Scottish Premier League at the time. My friend Marco from Holland visited me for a long weekend and we went to Celtic Park the next day (Celtic beat Hibs 3-2). I cannot remember much of any of these games to be honest and I do not think I took any pictures. Our seats for this match were in the Jackie Husband Stand.

The pictures below were taken by my friend Martijn during a First Division game against Ayr United, a game I did not attend. The ground has not changed much since the time I visited it. The only difference is that the terrace at the southern end of the ground has been removed and has been replaced by a grass bank. The terrace was not in use when we visited the ground. 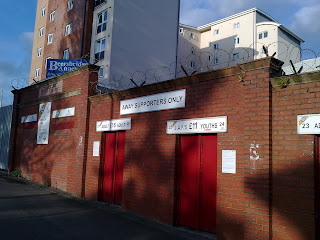 Turnstiles leading to the North Stand. 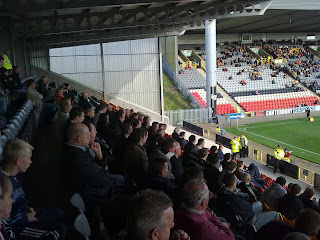 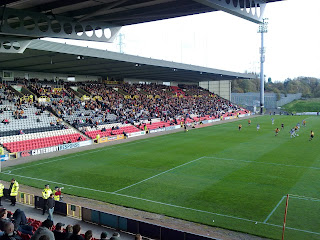 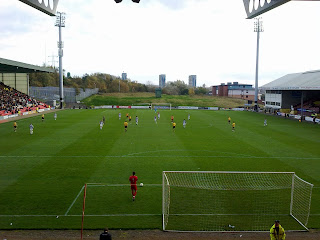 The grass bank behind the goal at the southern end of the ground was an open terrace when I visited the ground almost seven years ago. 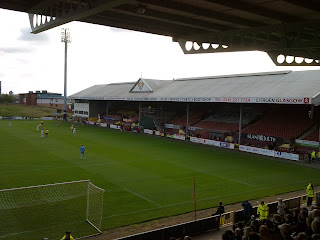 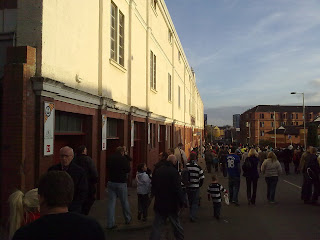 The Main Stand seen from outside. 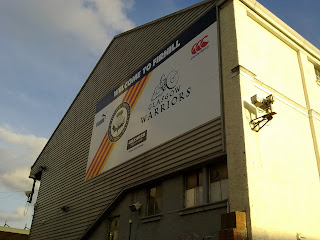 Firhill is now also the home of the Glasgow Warriors, one of only two professional rugby union teams in Scotland. I have also visited a couple of rugby games at Firhill. The Warriors play in the Magners League. Since there are only two Scottish pro teams they always qualify for the Heineken Cup as well. Performances in both competions can be described as inconsistent at best and attendances are generally lower for Warriors games than when the Jags are playing.

Pictures I took at a Glasgow Warriors rugby match at Firhill can be found here.