Today it was off to Perth for the 'Battle of the Saints'. St Johnstone were taking on St Mirren in McDiarmid Park, the only one of the current SPL grounds I had not visited yet. Perth is an hour on the train from Glasgow Queen Street. The stadium is quite far from the train station and city centre, it took me about 40-45 minutes to walk to the ground.

McDiarmid Park, which opened in 1989, was one of the first of the modern all-seater stadiums in Britain. It has four stands with a total capacity of 10,673. Today both ends were closed and the St Mirren fans were given the northern end of the Main (West) Stand. The attendance of 2,993 must have been one of the lowest of the season for the Perth Saints but it had probably more to do with the adverse winter weather and some belated Christmas shopping than the importance of this game. The Buddies lost 1-0 and are now only two points above bottom team Falkirk who won 2-1 at Rugby Park today. They could have moved to seventh place but instead St Johnstone leapfrogged them in the league table.

It was a cold day in Perth but I could not really complain as twelve of today's 20 SPL and SFL games were postponed due to either a frozen pitch or heavy snowfall. When I left the house at 10am only the game at Forfar showed up as 'postponed' on Ceefax whilst many English games were already postponed. It later turned out that, apart from Queen's Park's home game at Hampden, all games in the Second and Third Divsion were off. Surely a 'frozen pitch' would have been noticed by 10 o'clock?

Chris Millar's 19th minute shot was the only goal however there were several chances on both sides. After Michael Higdon was sent off after picking up a second booking midway through the second half however, it never looked liked the Buddies were going to take even a single point back to Paisley. 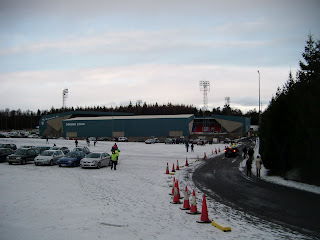 The fan shop under the Ormond Stand. 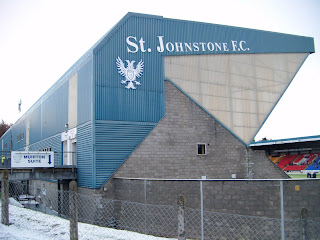 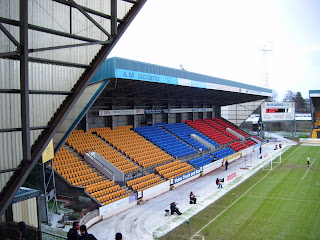 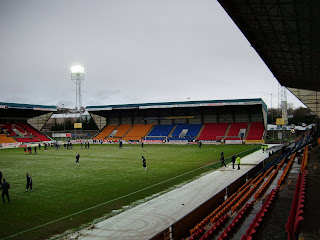 The Ormond Stand was not open either. 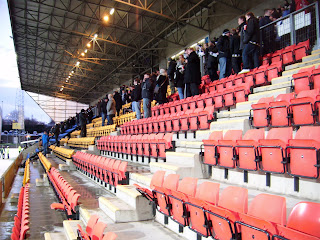 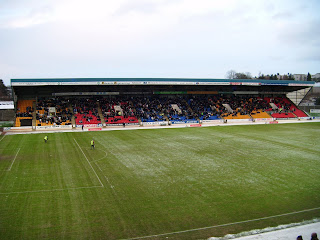