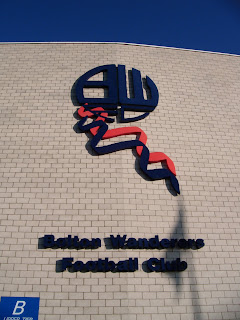 Yesterday Martijn and I went to Bolton to see Bolton Wanderers take on Manchester City in the Reebok Stadium. We took the 10:00 Virgin train at Glasgow Central and arrived in Preston at 12:15. From Preston it was only a 20-minute train journey to Horwich Parkway station which is adjacent to Reebok Stadium. The ground is nowhere near the town centre so we decided to head for the ground first and then look for a watering hole upon arrival at the stadium. We were at the ground over two hours before kick-off so we had plenty of time.

Reebok Stadium, as with many new stadiums, is built near a retail park. There are however a few pubs nearby. We opted for the Greenwood Arms on Chorley New Road. This was a friendly place with City and Bolton supporters watching Stoke v Wigan together. The match commentary was in Italian but no-one seemed to mind.

After a couple of pints we headed for the ground. As Martijn is a City fan our seats were in the South Stand, along with 5,000 other City supporters. Despite this being a local derby and the Citizens bringing as many fans as they did the ground was by no means sold out with around 6,000 empty seats. Although the ground, which opened in 1997, is small by Premiership standards it is a top-class stadium. We saw an attractive game as well with Bolton taking the lead three times and City equalising three times as well. Craig Bellamy was sent off for picking up his second yellow card for diving. This was a bad call by referee Mark Clattenburg as Bellamy was clearly fouled. City were 3-2 down at this point so Carlos Tevez's equaliser in the 77th minute was celebrated wildly.

After the game I took a few more snaps of the empty stadium before jumping on the train back to Preston. From there our train only went as far as Carlisle as there was construction work being carried out between Carlisle and Glasgow. We already knew this beforehand and the replacement bus arrived in Glasgow as scheduled. I finally arrived back home in Paisley at around 11pm. 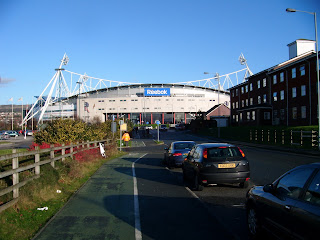 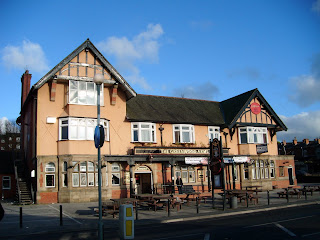 First a few pre-match pints in the Greenwood Arms. 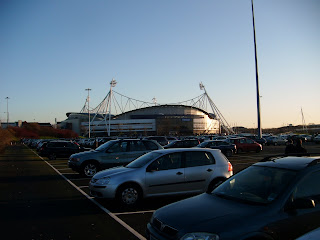 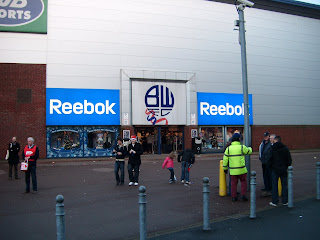 The club store outside the ground. 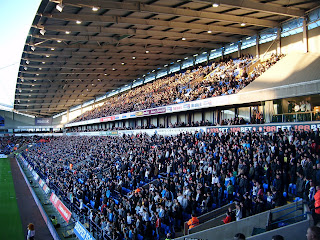 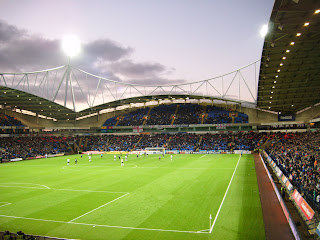 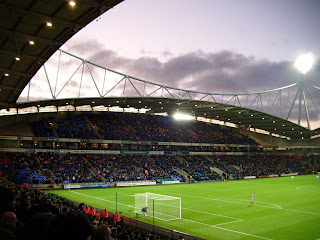 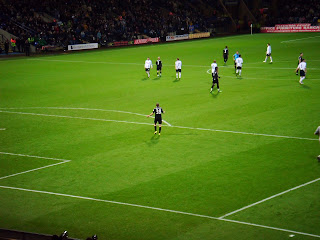 City were reduced to ten men after Craig Bellamy received a second booking for diving. 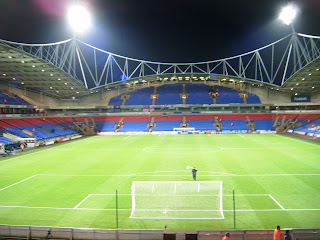 An empty North Stand after the game. 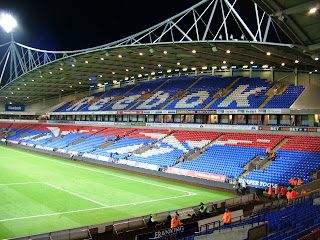 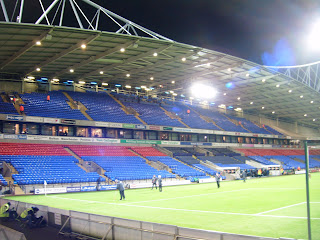 The West Stand after the game.