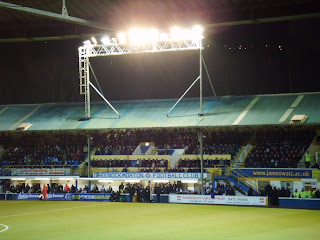 Last night I visited Cappielow in Greenock for the fourth round Scottish Cup match between Morton and Celtic. The tie was originally scheduled for 9th January when I was unable to go because I was in Frimley Green for the darts during that weekend. However the match was postponed, at first to 12th January and then again to the 19th because of a frozen pitch. This enabled me to witness a capacity crowd at Cappielow, a rare sight.
As I work in Greenock travelling was no problem. After a few pre-match pints in the James Watt, the local JD Wetherspoon pub, we started the two-minute journey from Greenock Central to Cartsdyke railway station, which is adjacent to Cappielow Park. The stadium is an old-fashioned ground with lots of character. I had visited Cappielow only once before, a 9-1 thrashing of Forfar when Morton were still playing in the Second Division a few years ago. The Grandstand looks like a standard main stand, however the Cowshed is a more unusual construction with seats at the front and terracing at the back. The terrace behind the goal at the Sinclair Street end of the ground is an uncovered terrace for the home fans. The opposite end, called the Wee Dublin End was allocated to the Celtic fans tonight. This end has wooden benches but fans are usually standing here as well. This stand is normally only open during the bigger games, such as the game last night.
Celtic have been struggling lately so there was an outside chance of an upset. A draw would have been attractive as the replay at Celtic Park would have taken place tonight. In the first 35 minutes the over 10,000 in attendance witnessed an even contest. However after Nial McGinn's goal it never looked as if this was going to be Morton's night. 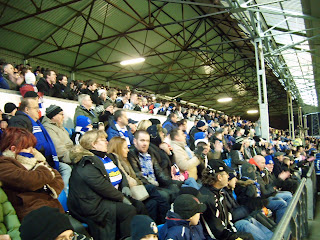 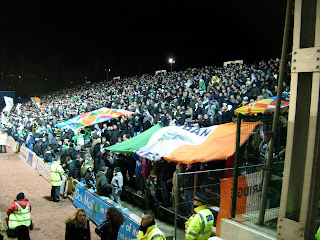 The Celtic Supporters in the Wee Dublin End. 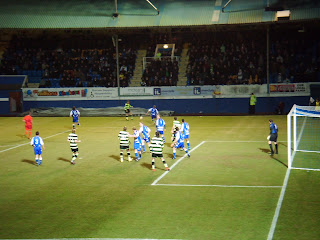 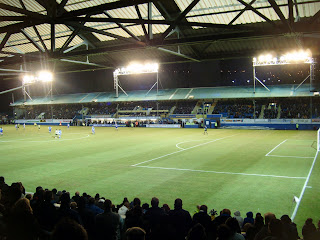 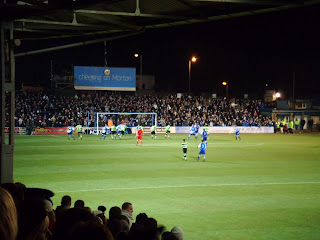 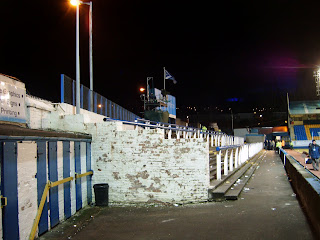 The Sinclair Street End after the match. 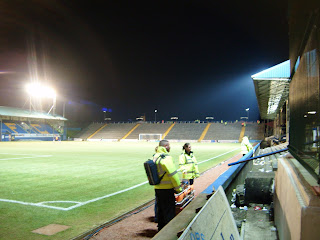 Looking towards the Wee Dublin End. 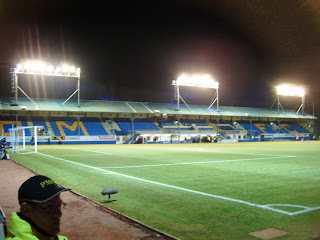