I had planned to go to Dunfermline today for the Fife derby against Raith Rovers. Unfortunately the game was called off in the morning. I then decided to visit Hampden for Queens's Park against Albion Rovers. However also this one was called off late meaning all Scottish Football League fixtures scheduled for today were postponed. Therefore a short post on my visit to Croke Park over two years ago...

In 2007 I spent about two months in Dublin for my work, travelling back and forth to Scotland every weekend. I was staying in the Park Plaza hotel in Tyrrelstown, which is about 45 minutes on the bus from Dublin city centre, and I did not have much time to do any sightseeing in Dublin. I decided to take one Thursday off and set off to Croke Park on 25th October 2007.

Croke Park is the principal stadium and headquarters of the Gaelic Athletic Association (GAA). Since 1884 the site has been used mainly by the GAA to host Gaelic Games. The All-Ireland Senior Football Championship and the Senior Hurling Championship are the most important events. Since 2007 Croke Park has also hosted a number of football (or 'soccer' as they say in Ireland) and rugby games whilst Lansdowne Road has been undergoing a redevelopment. This was controversial as the GAA previously did not allow GAA venues to be used for 'foreign' sports, i.e. football, rugby, and cricket. Until the early 1970s a member of the GAA could even be banned from playing its games if found to be playing football, rugby, or cricket.

The tour was interesting and a visit to the museum was part of it. Definitely recommended if you are not able to attend any games. The stadium is very impressive if only for the sheer size of it. Croke Park is the fourth largest stadium in Europe with a capacity of 82,300. As I took the tour on a weekday in October it was not very busy. There was only a guy from Tipperary and a family from England on my tour.

The pictures below were taken by my friend Martijn who took the same tour about a week or so before me. 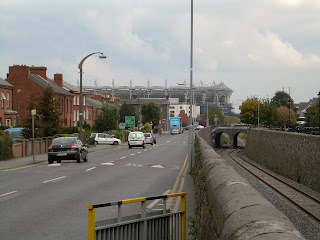 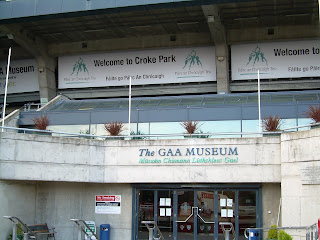 The entrance to the museum. This is also where the tour started. 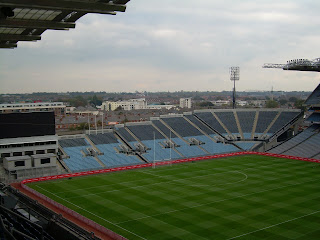 The Nally Terrace and Hill 16. These are normally terraced stands however temporary seats were added to comply with UEFA regulations. Around this time the national football team were playing Euro 2008 qualifiers against Germany (on 13th October, 0-0) and Cyprus (on 17th October, 1-1). 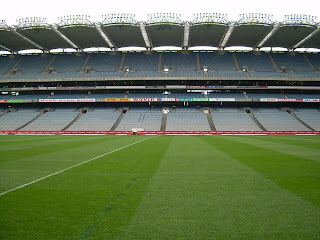 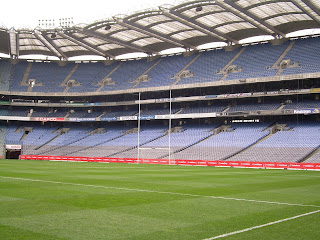 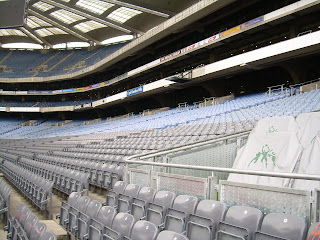 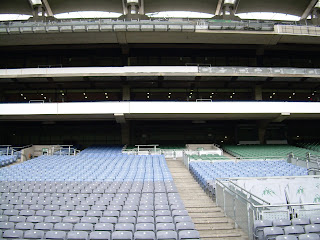 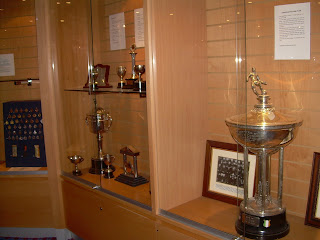 The museum was interesting even for someone like myself who does not know anything about Gaelic games. 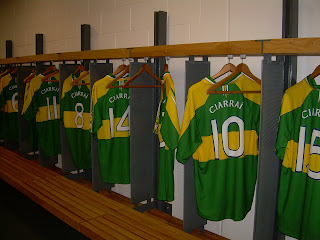 The dressing room with Kerry shirts on one side. Kerry had won the All-Ireland Senior Football Championship in 2007. 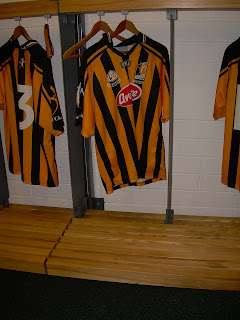 On the other side Kilkenny shirts. Kilkenny won the Kilkenny Senior Hurling Championship in 2007. 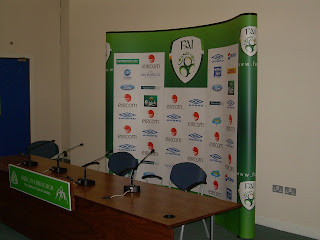 The pressroom all ready for the Euro 2008 qualifiers. 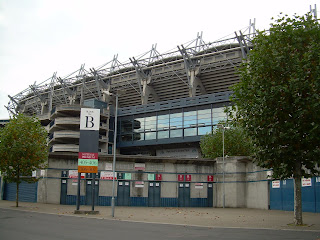 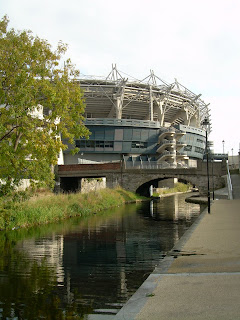