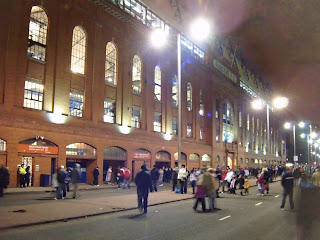 The main facade of Ibrox Stadium.

Yesterday I went to Ibrox Stadium where Rangers and St Mirren met for a Scottish Cup fifth round replay. The first game at St Mirren Park had ended goalless but St Mirren had the better chances on the night and I suppose they were a bit unlucky not to have scored. I think most people felt St Mirren had their chance and Rangers would have an easy job at home.

Rangers did win however it was probably not as easy as they had expected unfortunately also not as difficult as I had hoped. It did not take penalties or even extra time, all it took was a late Kris Boyd goal. Rangers were deserved winners so I could live with it but this habit of losing late goals that the Saints have adopted has started to become very annoying.

At least it did not take me long to get back home. Ibrox is by far the easiest away game to travel to for me, only 15 minutes on the bus. 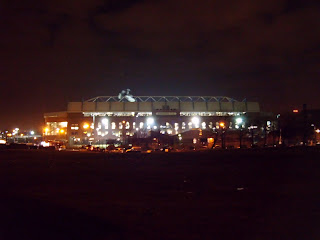 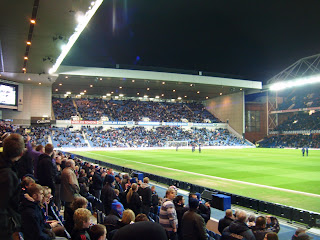 The Copland Stand. The game was no sell-out but still a respectable crowd of over 30,000. 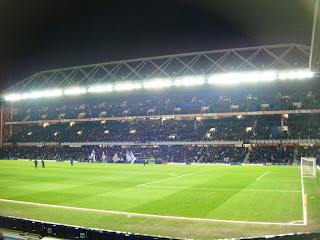 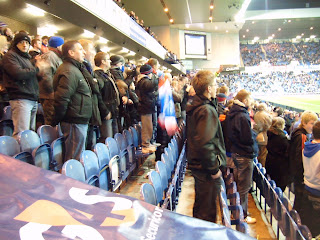 My seat was next to the Rangers supporters in the Govan Stand. 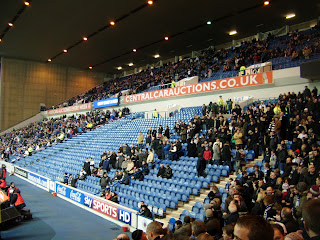 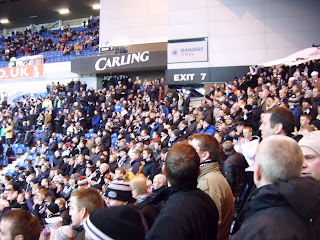 The St Mirren supporters in the Govan West Corner.