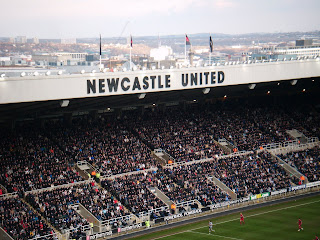 Yesterday Martijn and I took the train to Newcastle to pay our first ever visit to St James' Park, home of Newcastle United. We took the 9 o'clock CrossCountry from Glasgow Central and arrived in Newcastle just after 11:30. This gave us time to have our lunch and some pre-match refreshments in the Toon. The ground is very close to the station, I would say a ten-minute walk, which made this an easy journey. We first went to The Union Rooms, a JD Wetherspoon pub on Westgate Road, where we had our lunch as well. We then strolled along Westgate Road and bumped into The Mile Castle. According to the JD Wetherspoon website this pub opened only two months ago. After a quick pint we embarked on the short walk to the stadium.

The first Newcastle goal by Peter Lovenkrands was scored before we had even taken our seats in the West Corner Balcony. The stadium is certainly very impressive and the over 45,000 in attendance created a magnificent atmosphere. I was not as impressed by the match with Newcastle the dominating team that never looked like dropping any points today. Top scorer Kevin Nolan scored the second one for the Geordies just before the hour-mark. Substitute Ryan Taylor than made it three in injury time. The Magpies are still top of the table, five points ahead of Forest and six ahead of West Brom who have played one game less than Newcastle.

After taking some pictures of the empty ground we stopped at an off-licence to ensure we would not be thirsty on the way back to Scotland. We took the 17:36 train and arrived safely at Glasgow Central at around 20:20. Next weekend will be a busy one with a daunting trip to the Highlands on Saturday to see Elgin City take on Queen's Park. Hopefully the game will go ahead, nine SFL games were postponed in Scotland yesterday due to frozen pitches. Then on Sunday I will visit Ibrox for what will be my first ever Old Firm derby. 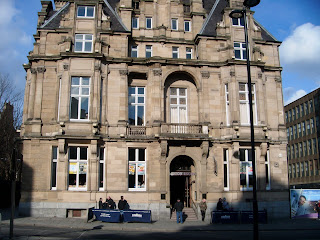 First a couple of pre-match pints in The Union Rooms. 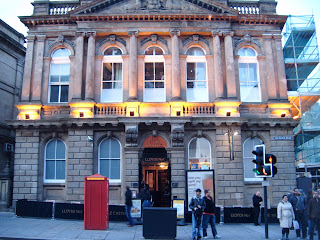 Then one more in another Wetherspoon's pub, The Mile Castle. 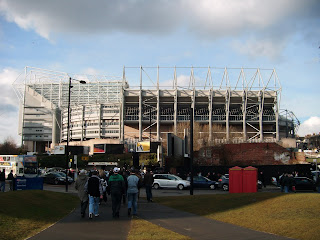 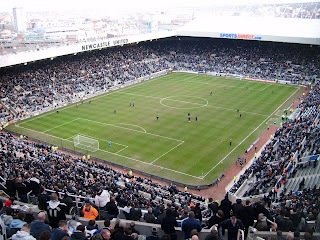 The view from our seats: the East Stand and the Newcastle Brown (Gallowgate) End. 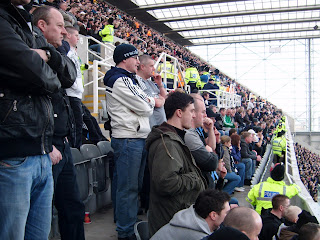 Again a picture taken from my seat: the Leazes (Sir John Hall) Stand. Many supporters were standing and stewards and police did not seem to mind. This suited me fine. 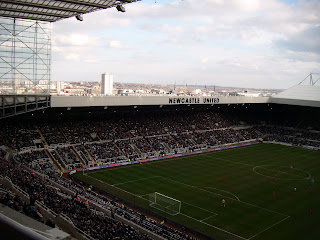 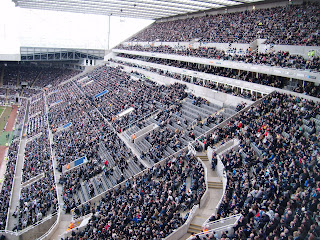 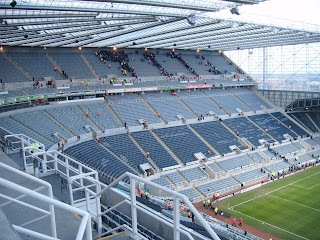 The Leazes (Sir John Hall) Stand after the final whistle. 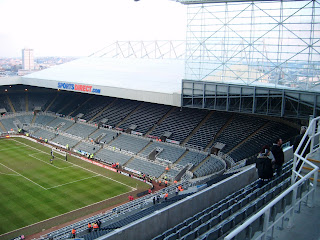 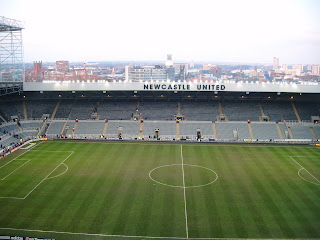