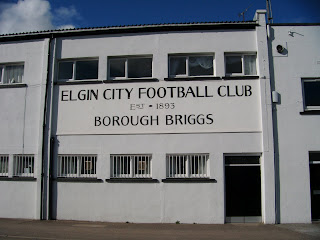 Yesterday, just like I had done the previous weekend, I made use of the Sunday Mail/First ScotRail promotion, which meant I could travel by train to any destination in Scotland for only £15. And just like last week, when I went to see Ross County take on Inverness Caley Thistle in Dingwall, I was making sure I got my money's worth by travelling to another former Highland League ground. Borough Briggs is the home of Elgin City, who were founded in 1893 but only entered the Scottish Football League in 2000 together with another Highland League outfit, Peterhead. Peterhead were promoted to the Second Division in 2005 but Elgin have not been able to rise above the lowest tier of the SFL. In fact, after yesterday's results, they are the bottom team in the league. 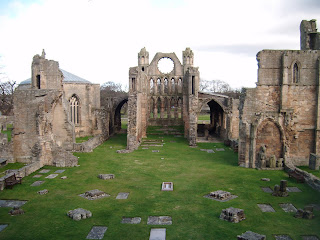 After a two-and-a-half hour journey I arrived in Aberdeen. From the granite city it is another hour and a half to Elgin. I arrived in Elgin at around 13:30 and made my way to the ruins of Elgin Cathedral first, something I had come across when I was preparing this trip. As you can see, my trips are not all about drinking cans of lager on trains and visiting Wetherspoon pubs across the country! If you want to see the ruins from up close you have to cough up another £4.70 however. I had decided against paying the admission fee to see the ruins of Arbroath Abbey (also because of time constraints) however I regretted it afterwards so decided to drink just two pints less today. It was all quite interesting, only climbing the tower was a bit of a let-down as there was nothing to see at the top, not even windows you could look out of (and photograph Borough Briggs!). 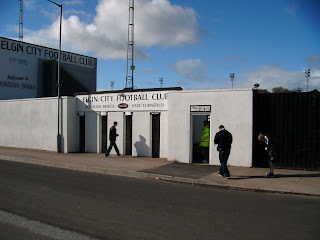 After spending some time around the ruins of Elgin Cathedral I made my way to Elgin City's ground. Admittance at the gate was only £8, which makes it the cheapest ground in the SFL. It is a typical Third Division stadium with a small main stand (containing 478 seats) and a roofed terrace on the opposite sides. There are small terraces behind both goals.

The game was quite entertaining. In the first half City looked the better team however play-off hopefuls Forfar had a couple of chances as well. Despite this neither team were able to find the net. This changed in the second half, for Forfar at least, when Ross Campbell scored less than two minutes after the interval. Gavin Morrison should have equalised from the spot only minutes later but his penalty was saved by Forfar goalie Alistair Brown. Graham Gibson made sure the three points went to Forfar when he scored after a counter-attack six minutes before time. Since Montrose drew 1-1 against Berwick Rangers yesterday Elgin City are now at the bottom of the Third Division.

After the game I had my tea in the obligatory Wetherspoon's pub, The Muckle Cross. At 18:00 I took the train back to Aberdeen and I arrived home shortly after 23:00. 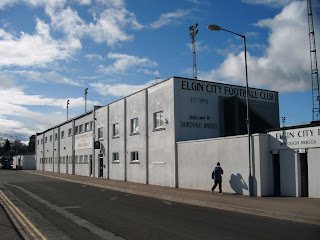 The main facade of Borough Briggs. 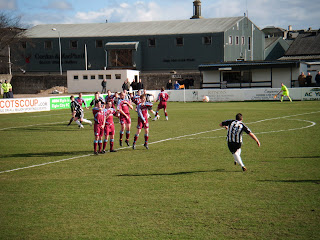 This free kick did not go in... 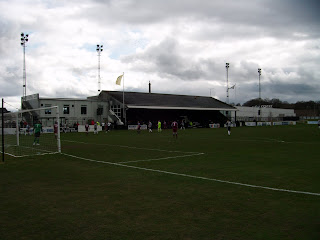 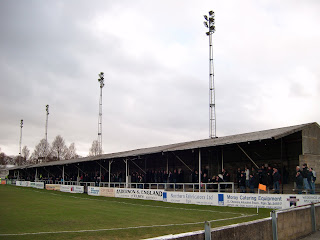 The covered enclosure opposite the main stand. 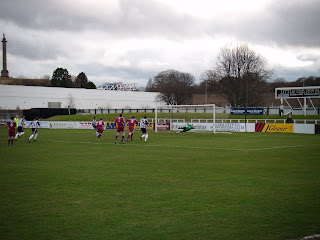 Elgin's second-half penalty was saved. The West terrace can be seen in the background. 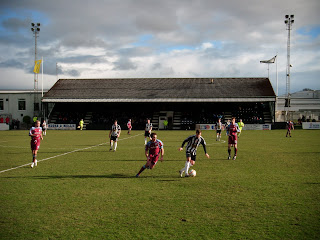 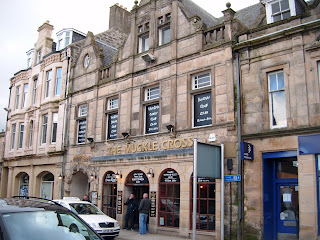 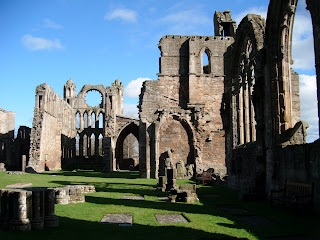 And finally a few more pictures of the cathedral, which is well worth a visit should you ever find yourself in Elgin. 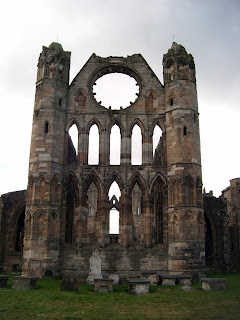 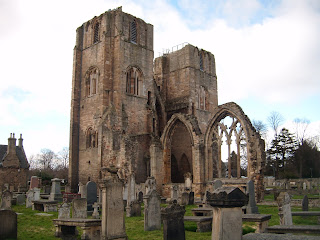 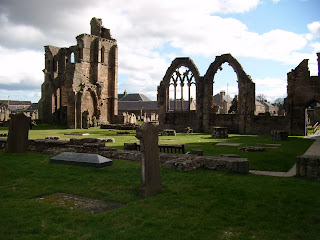 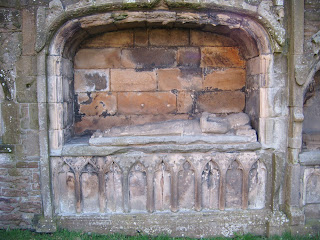 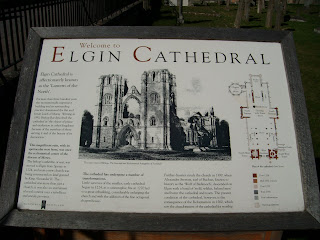