Today I was in Dingwall for the Highland derby between Ross County and Inverness Caledonian Thistle. On the way back I had to wait in Inverness for 90 minutes for the connecting train to Perth, where I would have to change again for Glasgow. I had planned to make good use of the time and walked up to Grant Street Park, home of Highland Football League side Clachnacuddin, to take a few pictures.

Grant Street Park is only a short walk from Inverness railway station. Clachnacuddin were founded in 1886. The Clach's ground opened a year later and has a current capacity of 3,000. The small main stand has 154 seats (according to Wikipedia, I have not counted them). The Lilywhites have won the Highland League no less than 18 times. 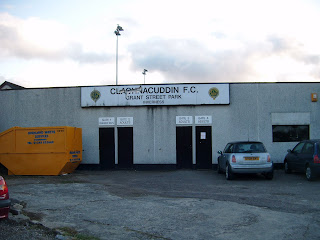 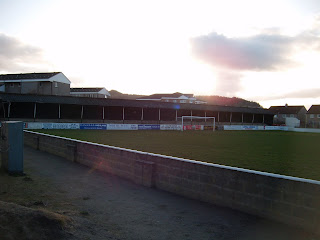 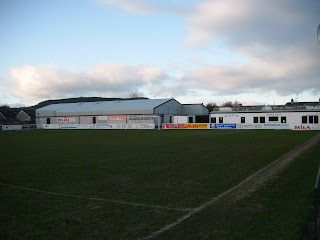 The club buildings, including the turnstiles, at the other end. 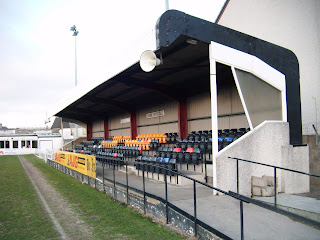 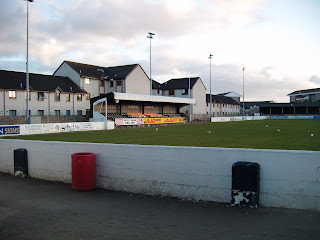 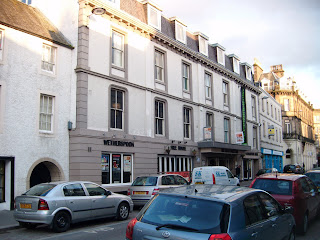 I then had just enough time to visit a 'new' Wetherspoon's pub, the King's Highway in Church Street before I took the 18:43 train to Perth.
Posted by Bas at 23:55