The demolition of Love Street, St Mirren's old ground has progressed further since I took some pictures three and a half weeks ago. I took these pictures at around 4pm today. As this is a restricted site I had to take them by sticking my camera through various gates and fences. You are not able to access the old stadium, at least not legally! 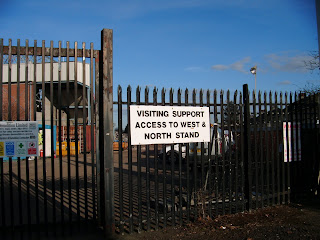 The last time I was here was on a Saturday when there was no work being carried out. Today I was able to see things better from the Caledonia Street end. 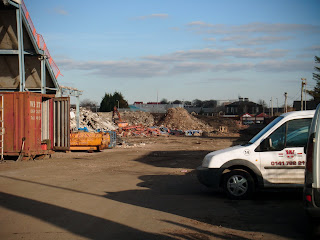 Picture taken from behind the West Stand. Part of what remains from the West Stand can be seen on the left. The Main Stand is completely gone. There does not seem to be much left of the East Stand either. 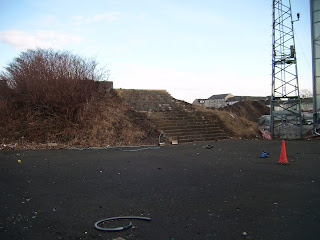 The roof structure of the North Bank has now been removed completely. This was not the case the last time I was here. 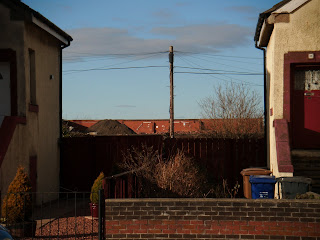 The picture was taken from Albion Street. What is left of the North Bank can be seen between these two houses. This view used to be obscured by the Main Stand. 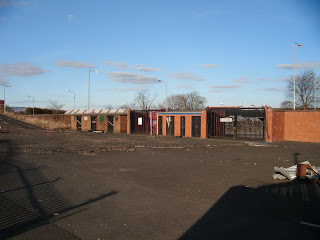 The Love Street turnstiles remain intact.
Posted by Bas at 17:20