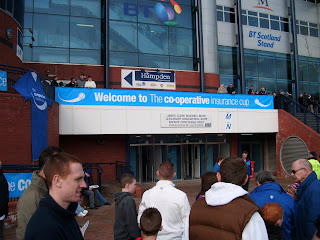 Yesterday we went to Hampden Park for this year's edition of the Co-operative Insurance Cup final. St Mirren had reached their first major final since 1987 (and their first League Cup final since 1955) after beating East Stirlingshire, Ayr United, Kilmarnock, Motherwell, and Hearts. The Saints had never won the Scottish League Cup, Rangers had won it 25 times. Rangers were of course overwhelming favourites to bag their first major trophy of the season, and not just because of this disparity in League Cup pedigree.

However today it was not a case of simply turning up for the Ibrox men. St Mirren were the stronger team in the first half with a few decent chances but, as so often this season, they were unable to find the net. After the break Saints continued in the same vein. Then Rangers saw red: first Kevin Thomson was sent off, followed by Danny Wilson not much later. The Buddies could not capitalize on the numeric advantage though, and it seemed to spur on Rangers.

After 83 minutes Kenny Miller scored with a header that followed Steven Naismith's cross and in doing so cruelly crushed the hopes of the 10,000 Buddies in attendance. We all knew it would be difficult to beat Rangers in a cup final, but Saints should have done it yesterday. Instead Rangers won it for the 26th time. 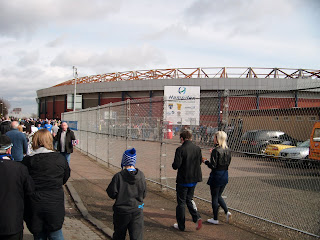 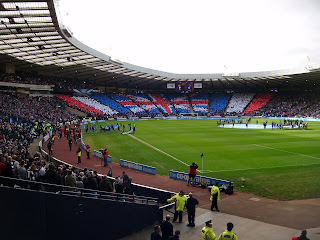 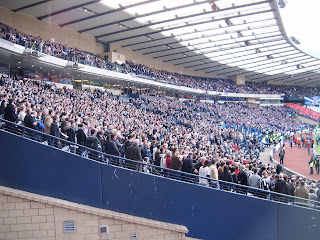 Saints fans on the South Stand. 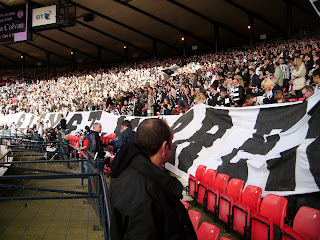 Unfortunately St Mirren were unable to sell their complete allocation of 14,000. About 4,000 tickets remained unsold. 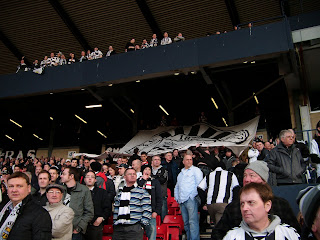 More Buddies on the East Stand. 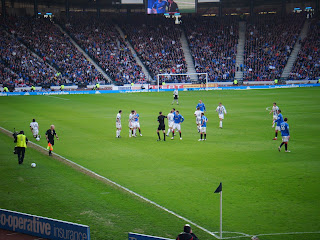 Kevin Thomson was sent off after a late lunge on Stephen Thomson. 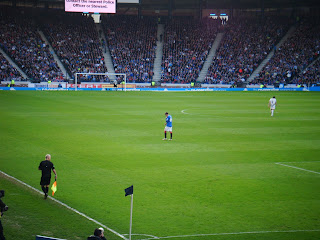 Danny Wilson was sent off after pulling back Craig Dargo. 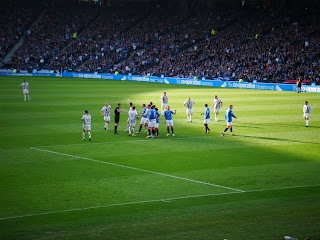 Even against nine men Saints were unable to score.