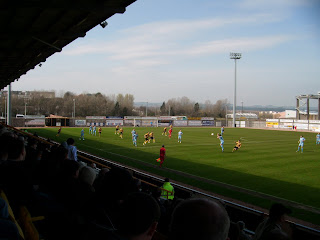 Today I took the X26 Stagecoach bus from Glasgow Buchanan Bus Station to Leven Bus Station to see the Second Division clash between relegation candidates East Fife and Stenhousemuir. East Fife's ground is Bayview Stadium in Methil. The stadium is only a ten-minute walk from the bus station in neighbouring Leven. I took the bus (£11 for a return ticket) as the nearest train station is eight miles away in Kirkcaldy.

The ground opened in 1998 and has a capacity of 2,000. There is only one stand and it all looks very similar to Dumbarton's Strathclyde Homes Stadium with a similar capacity. Bayview is situated next to the now decommissioned Methil power station, which is awaiting demolition. There is a comfortable social club inside the ground where I enjoyed a pre-match pint.

The game was entertaining even though it was not until the 54th minute that Andrew Cook opened the score for East Fife. The Fifers had plenty of chances to make sure the three points stayed in the Kingdom however they were very wasteful. Unfortunately my last bus back to Glasgow was scheduled to depart the bus station at 4:50pm so I left after 83 minutes. On my way to Leven I heard cheers and assumed East Fife had increased their lead to 2-0 but it was Paul Quinn who equalised for Stennie. This meant the Fifers are still not safe and losing to Arbroath (who surprisingly won 2-0 at Dumbarton today...) next week could result in relegation play-offs. The Warriors must beat Peterhead at home next week to ensure they will be playing in the third tier next season. Luckily I did not leave early for nothing, my bus left Leven on time and I arrived back in Glasgow at around 7pm. 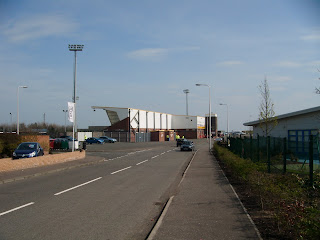 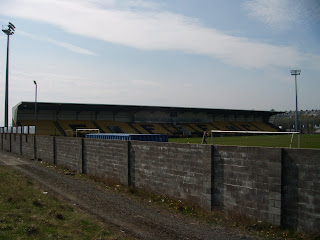 The single stand seen from outside the ground. 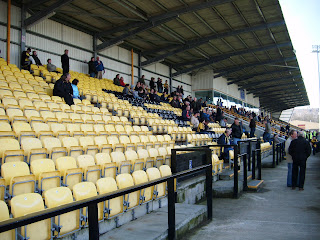 The stand before kick-off. 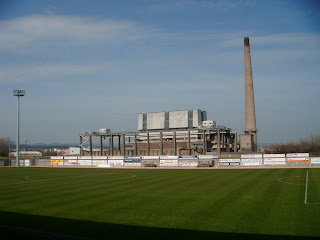 The scenic view from the stand: Methil power station. 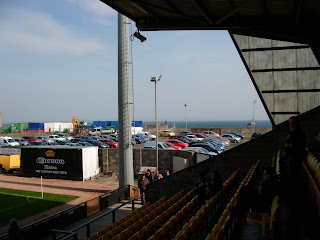 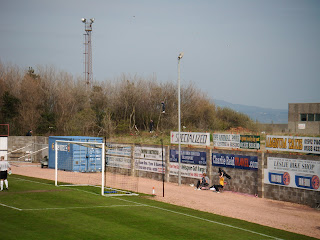 This boy watched the entire game from a tree. 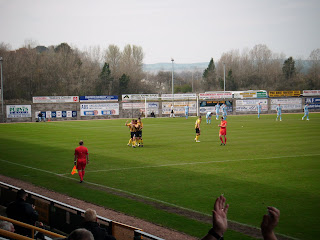 Celebrations after Andrew Cook opened the score for East Fife.