Last Saturday it was off to Manchester for the much anticipated derby between City and United. This time it was not just local bragging rights that were at stake: it was a big game for both teams as United are still in contention for the Premier League title and the Citizens are looking to finish fourth in the league which would mean Champions' League football next season.

As it was a 'lunch-time kick-off' Martijn and I had to leave from Scotland early. I took an early train in Paisley (around 7:15) to make sure I would not miss the 8:00 Virgin train leaving from Glasgow Central. After changing at Preston we arrived at Manchester Piccadilly at around 11:20, well in time for the match however it did not leave us much time for the obligatory pre-match refreshments so we just had a quick pint at a pub at Piccadilly Station before we made our way to the City of Manchester Stadium.

It was a few degrees warmer in Manchester than in Glasgow and from our seats in the North Stand we were staring into the sun for the duration of the game. Although this made for a nice change compared to the appalling conditions I had endured in the last four or five months or so it made it difficult to take good quality pictures. I even managed to get a bit of sun burn!

As far as the action on the pitch was concerned I was slightly disappointed. Both teams had their chances but they were also wasteful and the game seemed destined to end goalless until Paul Scholes's dramatic winner, in the third minute of injury time, ensured the outcome was all too familiar.

After the game again we did not have much time to go to the pub as we had reserved a seat on the 3:46pm train to Preston. We rolled into Glasgow Central just after 7pm. 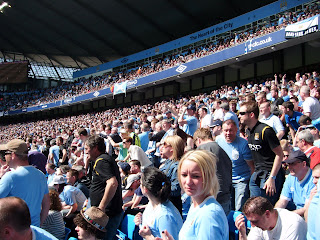 City fans in the North Stand. 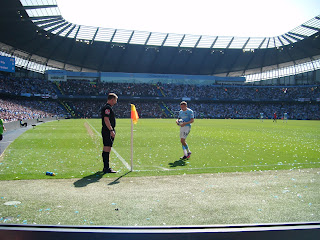 Craig Bellamy getting ready to take a corner. 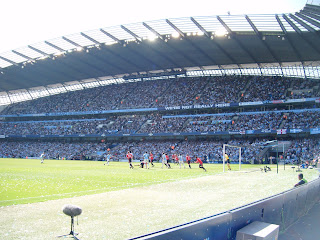 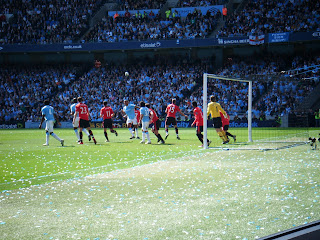 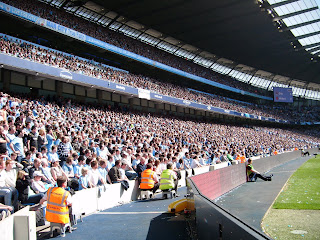 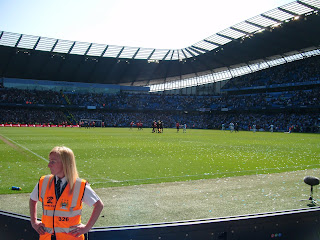 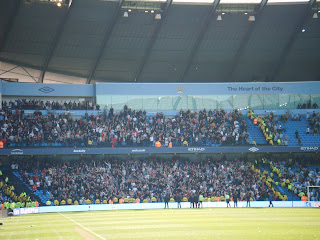