Last night I took a train to Mount Florida to see Queen's Park take on Albion Rovers. Although I had been to Hampden many times before I had never visited it to see a home game of the Spiders. Queen's Park, founded in 1867, are the oldest football club in Scotland and are the only amateur team in the Scottish Football League. The National Stadium is their home ground but they usually fill only about one per cent of the stadium's capacity.

This was supposed to be my second game of three in five days, the first one being the Manchester derby last Saturday. Unfortunately however, AZ were unable to fly from the Netherlands to Scotland to take on Celtic at Celtic Park due to the volcanic ash cloud from Iceland so game number three was postponed to a later date, which has not yet been decided.

Both Queen's and the Wee Rovers are looking for a play-off spot and last night's 1-0 win means things are starting to look good for the amateurs. The game started off in spectacular fashion when Queen's goalie Mark McGeown fouled Marc McCusker after only four minutes but he managed to save Paul McLeod's spot-kick. After this frantic start both teams showed they were scared to lose this important game and this nervy affair had 0-0 written all over it. However Paul Douglas's 86th minute goals ensured the three point stayed in Glasgow. 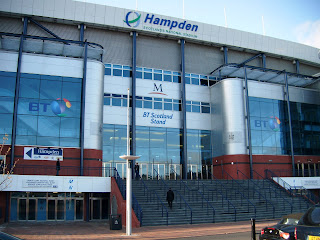 Not the pre-match buzz I experienced on my previous visits to the National Stadium. 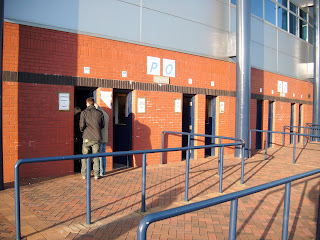 Pay at the gate but no queues at the turnstiles. 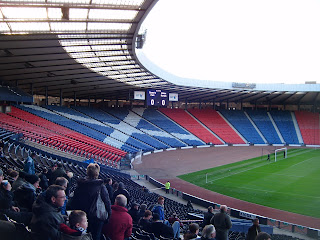 The only video screen in the Third Division. 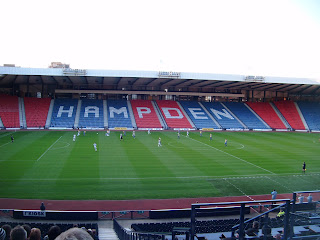 The empty stands make for a somewhat bizarre atmosphere. 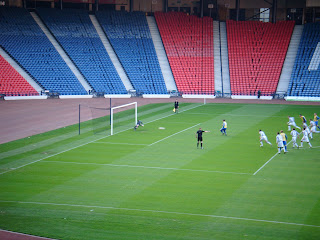 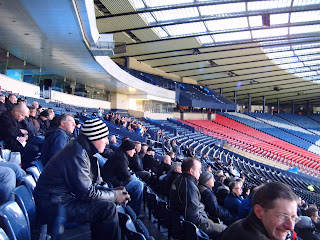 The loud contingent of Albion Rovers supporters can be seen in the background. 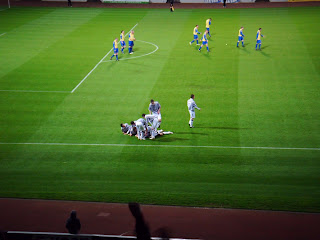 Celebrations after Barry Douglas scored a late goal and sent the Wee Rovers back to Coatbridge empty-handed.