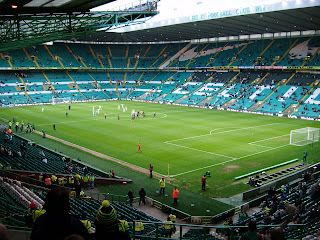 Last Wednesday night I watched Celtic take on Dutch league champions AZ in an almost empty Celtic Park. The friendly had originally been planned for Wednesday 21st April but the volcanic ash cloud from Iceland meant the club from Alkmaar were unable to travel to Scotland. Despite the fact that season ticket holders could see this game for "free" only about 2,000 fans bothered to show up. Celtic had organised the friendly because they had played no Scottish Cup home games this season and basically owed their supporters one game. As a follower of Dutch Eredivisie football this fixture immediately appealed to me but this sentiment was apparently not shared by most of the Celtic fans.

I went to the game with two guys from my work, one of them an AZ fan, so I got tickets as close to the away section as I could. About 14 AZ supporters had followed their club to Scotland. From what I understood more fans had planned to travel to Glasgow on the 21st but the postponement had made things difficult for many of them. We took a train from Glasgow Central to Dalmarnock train station from which it is only a ten-minute walk to Celtic Park. I immediately noticed that it was very quiet near the ground. I even forgot to buy a programme because I did not see any vendors. It later turned out that programmes were sold but I was unable to obtain one after the game so I am trying to source one on eBay now!

The game was a typical friendly with not much of an atmosphere coming from the sparsely filled stands. The biggest cheer came when it was announced that Celtic had beaten Rangers to win the Youth Cup Final at Hampden (another reason cited for the small crowd tonight). The highlight of the game for me was when one of the Dutch fans took of his AZ shirt and put on a Celtic shirt which was applauded by the Hoops fans on the Lisbon Lions Stand.

On the pitch, Georgios Samaras gave Celtic the lead, but Graziano Pelle equalised before half-time and Jonathas scored from the penalty spot in the second half to give Dick Advocaat's men an undeserved lead. Celtic created many chances but were very wasteful and never managed to equalise.

For more pictures of Celtic Park see this post (v St Mirren),this one (v FC Utrecht) and this one (v Rangers). 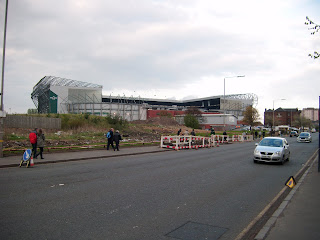 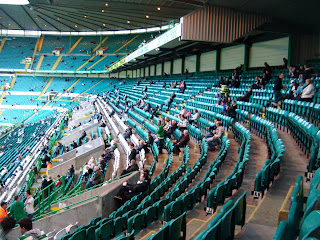 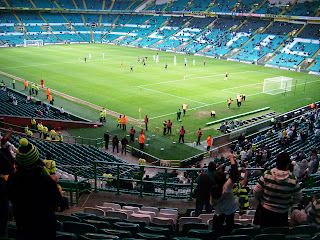 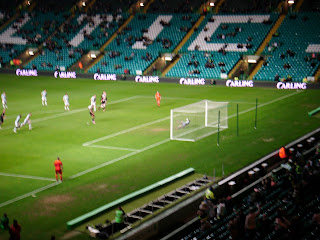 Jonathas scores the winning goal from the spot. 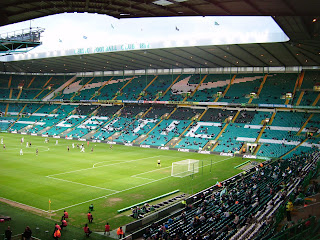 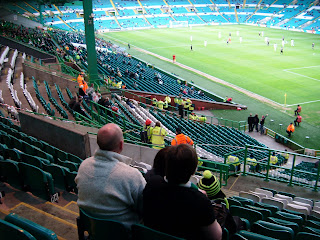 The small contingent of AZ fans. 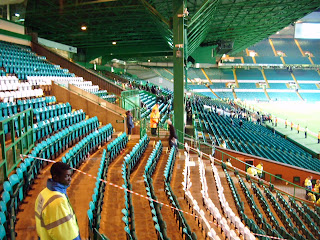 The South Stand after the game.