Again some old pictures I found. These were taken at the first and unfortunately last Roda JC European away game I have been too. Although the result was disappointing it was an unforgettable experience. The first leg in Kerkrade had ended goalless and again in it remained 0-0 for a long time in the second leg. Charles Akonnar broke yellow and black hearts minutes before time in typical German fashion even though Roda were the better team in the second half. Unfortunately once again no 'Europa League' next season... 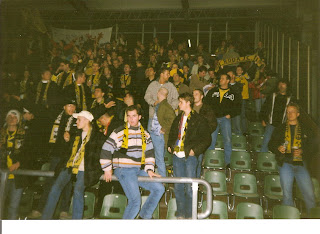 Some of the Roda supporters who had travelled to the north of Germany. 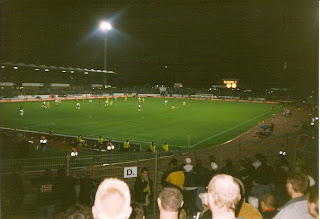 Wolfsburg's stadium reminded me of Roda's Kaalheide. So did the paltry attendance figure of 7,677. In 2002 Wolfsburg moved to the Volkswagen Arena although the VfL-Stadion is still used by the Wolfsburg amateur team. 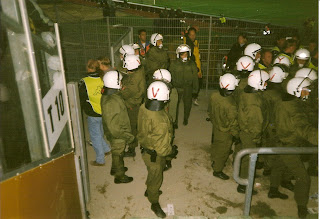 The local constabulary apparently thought we were hooligans. I remember their presence in our section as needlessly provocative. I do not believe there had been any trouble on the day. 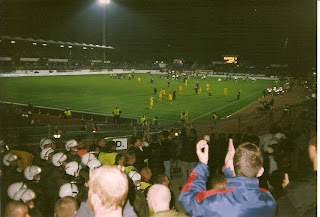 Roda players thanking the fans for their support.