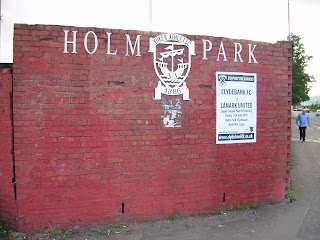 Last Friday I decided to give France v Uruguay a miss and go for some live football action instead. West Region Super League First Division side Clydebank were taking on Super League Premier League outfit Lanark United in the second leg of the Super League play-off for a spot in next season's Premier League. Lanark had won the first leg 2-0 so it looked a tall order for the Bankies.

Clydebank play their home games at Holm Park, which they share with rivals Yoker Athletic. I took the bus from Paisley to Renfrew and boarded the Renfrew Ferry, which carried me over the Clyde to Yoker. I had a pint at the first pub I came across, the Anchorage, which was a bit of an old men's pub that must have seen better days. I then had another drink in the Boundary before walking to Holm Park.

Holm Park is a ground full of character but it seems it has fallen into disrepair a little. There is a small covered terrace but there are no seats. There is a shipping container which has been turned into a club shop. I could not resist the temptation and bought a replica shirt that was on a sale!

The game exceeded expectations and was more entertaining than the World Cup game I had given a miss. Clydebank were the dominant team for the full ninety minutes but they were not as effecient as Lanark had been in the first leg and after the Bankies had taken the lead halfway the first half it took barely a minute before the Yowes had equalised. Clydebank took the lead again in the second half and had numerous good chances but Lanark somehow managed to hang in there and ensured they play in the top tier next season as well. 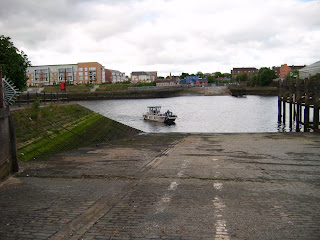 The new Renfrew Ferry is a small boat which holds only twelve passengers. This picture was taken from Renfrew. 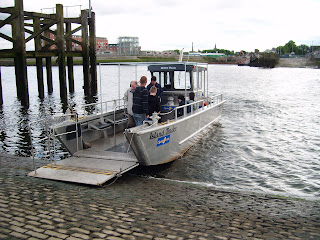 I had never been on the ferry, that is why I took it! On my way back home I took the train. This picture was taken after having arrived in Yoker. 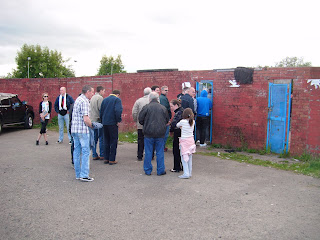 Clydebank fans were still confident and a good crowd showed up despite the start of the World Cup. 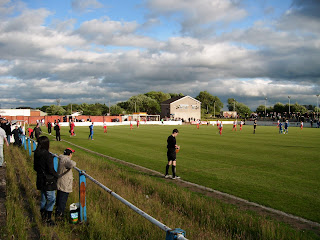 Another pleasant night to go the football. 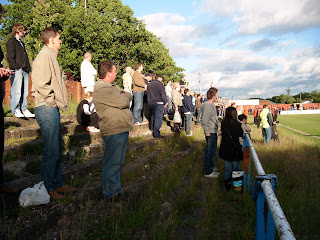 The terracing looks like it has seen better days. 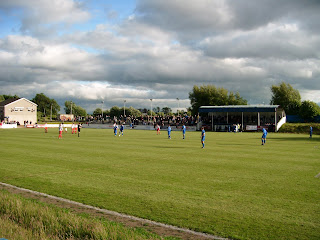 No main stand, only a small covered terrace. 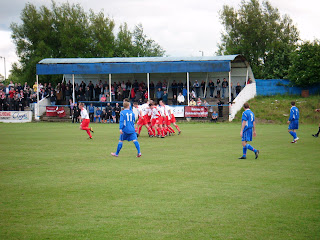 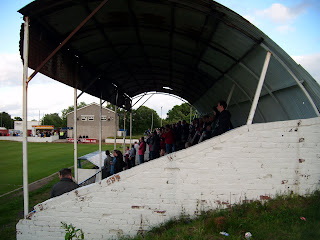 And another closer look at the roofed terrace. 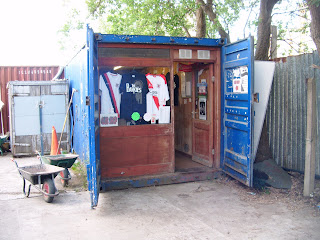 A good selection of Clydebank merchandise was sold. I could not resist the temptation and bought a Clydebank away shirt. 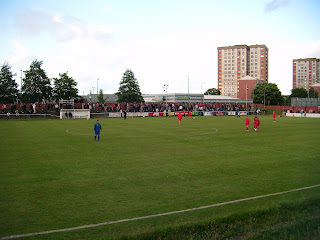 The eastern side of the park. 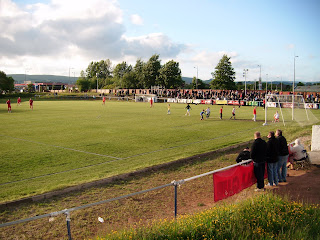 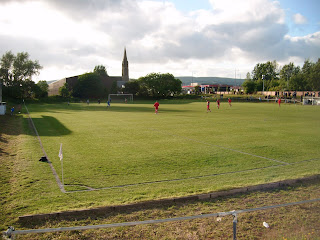 No terraces in the northern end.