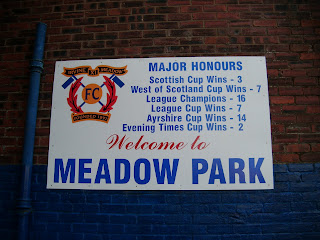 Tonight I took a train to Irvine (about 20-25 minutes from my hometown of Paisley) to see Irvine Meadow take on Rutherglen Glencairn in the quarter finals of the Evening Times Cup. Meadow Park is a 15 minute walk from the station. The quickest way to reach the park when you are walking from the station is through the Rivergate shopping centre.

Glencairn, who won the West of Scotland Super League First Division this season, more than held their own during the first half against Premier League side Meadow and there were no goals before the interval.

In the second half Meadow continued to struggle but it was a Glencairn own goal that opened the score after around 65 minutes. Chris Robertson made sure the Ayrshire team reached the semis of the Evening Times Cup with a converted spot-kick 10 minutes before time.

For more pictures of Meadow Park see this post. 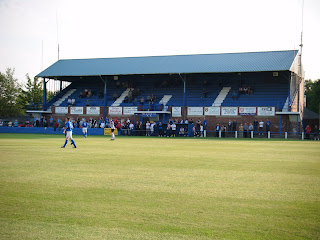 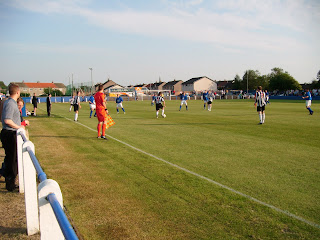 Glencairn (in black and white) more than held their own during most of the game. 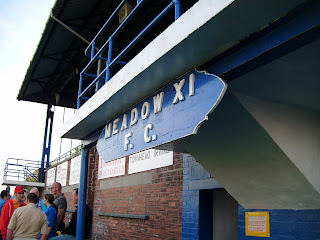 Close-up of the main stand. 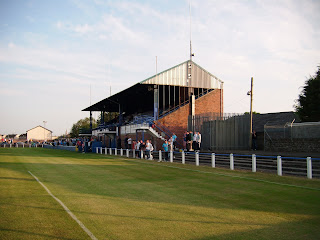 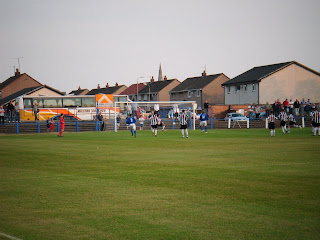 Roberton's penalty sealed the win for the men from North Ayrshire.