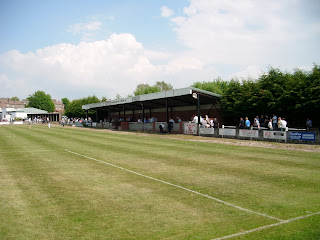 Today I travelled to East Ayrshire for my second junior game in 18 hours. Cumnock were taking on Arthurlie in another quarter final of the Evening Times Cup Winners' Cup. The Ayrshire club ended their season in the West of Scotland Super League First Division in second place and won promotion to the Premier League. Arthurlie were runners-up in the Premier League and must have been considered favourites to win this tie however Cumnock were the deserved winners after a spirited performance that saw them put three goals past the men from Barrhead.

Getting to Cumnock from Paisley by public transport is not as easy as going to Irvine by the way. Cumnock does not have a train station so I took a train to Glasgow first and then the Stagecoach X76 bus to Cumnock which takes about one hour and 20 minutes. On Saturdays the last bus going back all the way to Glasgow leaves at 3:45pm which was a bit awkward with a 2pm kick-off so I decided to take the bus back to Kilmarnock (50 minutes), jump on the train to Glasgow Central (40 minutes) and then take the train back to Paisley (12 minutes). There must be a quicker way to do this (train Glasgow-Auchinleck, bus Auchinleck-Cumnock perhaps?) but I only started planning this journey at 10 o'clock this morning.

On another note: just like last night the weather was brilliant. I really enjoy going to the football in this sunny weather especially after all the postponements and disruptions only a few months ago. There was some talk of making football a summer sport in Schotland but I have not heard anything about it lately, we probably start talking about it again in January 2011... 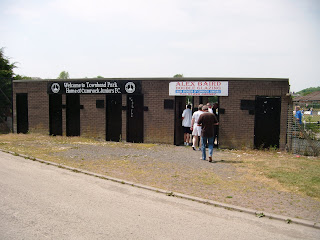 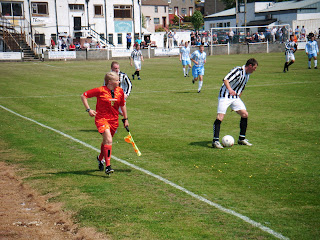 The first time I have seen a female linesperson(?). Fiona Morton had a good game. 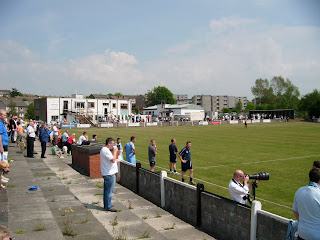 The great weather helped making this a pleasant game to watch. 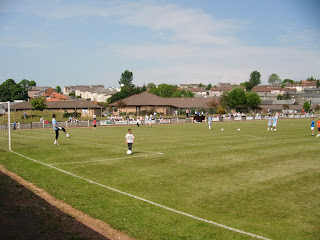 The north side of the ground at half time. 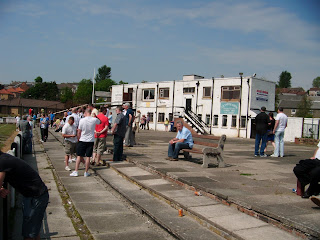 The club building in the east end of the ground. 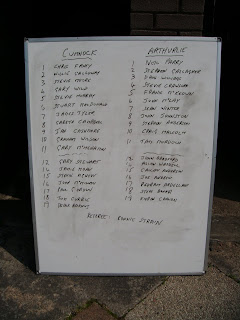 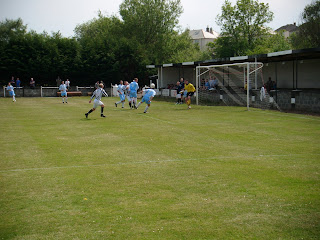 One of many dangerous moments in front of Arthurlie's goal. 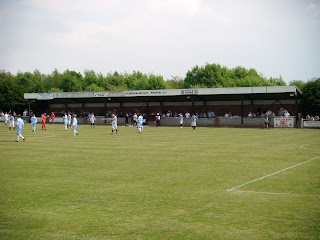 The covered terrace on the south side of the ground. There are no seats in Townhead Park. 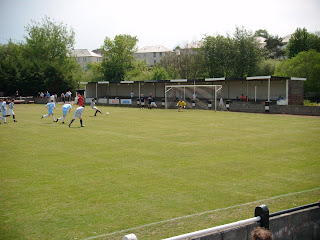 Cumnock's first goal came from this penalty. The covered terrace in the west end of the ground can be seen in the background. 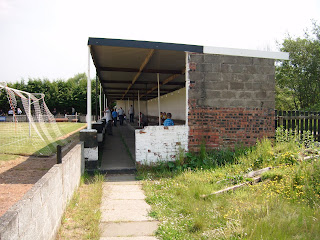 A closer look at the west terrace.