Yesterday I took a bus to the north of Glasgow once more for a Sectional League Cup junior game staged at Keppoch Park in Possil, home of Glasgow Perthshire, who currently ply their trade in the West Region Central District First Division after narrowly avoiding relegation to the Second Division last season. Yesterday's visitors were next door neighbours Ashfield who play their home games only 150 metres away at Saracen Park.

I took the number 9 First bus from Paisley to Hope Street in Glasgow where I jumped on the 75 First bus to Milton. The bus dropped me off very close to Keppoch Park. Today's visitors play in the West Region Super League First Division and it was obvious they were the stronger team however Perthshire gave them a good game.

There are no turnstiles at Keppoch Park, which is normal for a junior ground. I wonder however how many supporters in attendance today actually paid the guy who was standing at the gate with a biscuit tin to throw your four quid in. At kick-off there were perhaps 40 people inside the ground including many youngsters (and not-so-youngsters) with their carry oots in stylish blue carrier bags. A certain brand of tonic wine appeared particularly popular. A few minutes after kick-off when the 'bloke with biscuit tin' had left his position the numbers swelled to over a 100.

Ashfield's Jim Smith scored from a penalty that was given after only a minute. Ashfield appeared the stronger side, as expected, but were not creating many chances. Perthshire equalised after 30 minutes however and the score was level at half time. After the interval Ashfield went ahead once more and again it was a penalty by Smith. The tie appeared to be over but Perthshire were not giving up and were given a lifeline by 'Field goalie Chris Prior's howler. This meant the Shire were back in business however they were not able to find the net again. Ryan Cairley made sure Ashfield would take the three points back to Saracen Park when he scored the fourth 'Field eight minutes before time.

After the game I walked to Saracen Park to take a few pictures of this ground as well. I then took the number 3 bus back to Glasgow city centre. 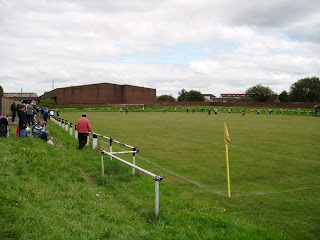 Keppoch Park is not the most impressive ground you will ever visit. 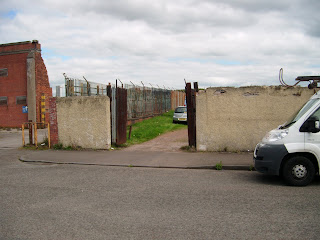 The entrance to Keppoch Park. 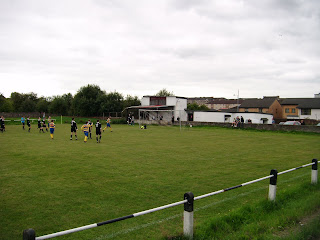 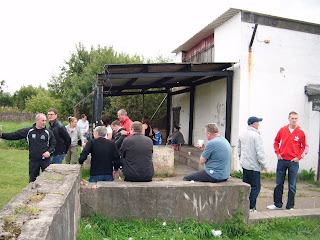 The very small enclosure attached to the club building. 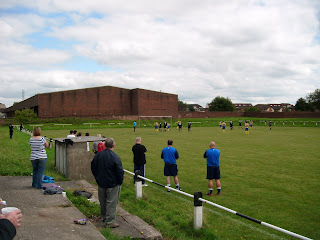 Also the second Ashfield goal was scored from the spot by Jim Smith. 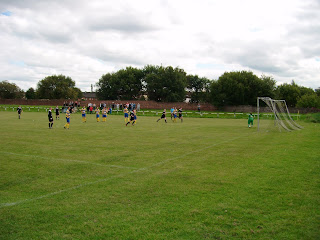 The attendance grew to over 100 as the game went on. 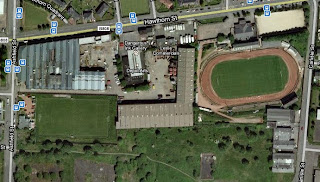 On Google Maps you can see there is only about 150 metres between the pitches of Keppoch Park (on the left) and Saracen Park.