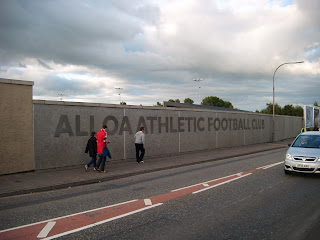 Last night I took a train from Glasgow Queen Street to Alloa for my first visit to Recreation Park, home of Alloa Athletic. Alloa is a small town seven miles east of Stirling. The railway link re-opened in May 2008 and it takes less than an hour to travel from Glasgow to the home of the Wasps. Recreation Park, a small but tidy ground, is only a five-minute walk away from the station.

The SFL Second Division side were playing hosts to SPL leaders Aberdeen in the second round of the Co-operative Insurance Cup. The Dons, who started the season perfectly in the league, were of course favourites to win this tie easily but there is always the chance of an upset.

However after 15 minutes Alloa goalie Stephen Robertson brought down Fraser Fyvie and of course Paul Hartley scored from the spot once more. Rory McArdle's header ensured a 2-0 lead for the Dons at half time. Chris Maguire made it 3-0 with a long-range effort. It was a comfortable win for Aberdeen but the Wasps had a opportunities to score a consolation goal but they missed composure faced with substitute goalkeeper Thomas Flynn.

Recreation Park has an artificial pitch, which was blamed after the game by Dons boss Mark McGee for the knee injury sustained by Fyvie. Alloa manager Allan Maitland however did not think anything was wrong with their plastic pitch and felt the 18-year-old was partially to blame for wearing blades on the artificial surface. 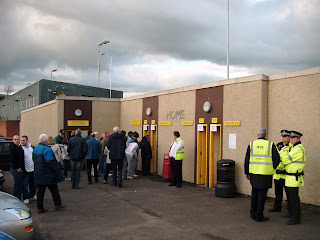 I arrived early at the turnstiles so no queues. The people you see queueing have tickets for the grandstand. 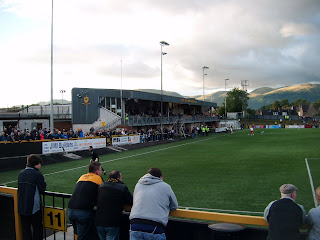 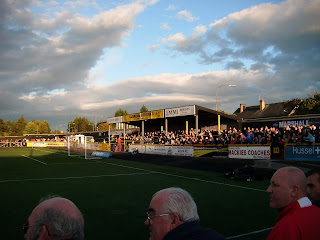 The covered terrace in the Clackmannan Road End. 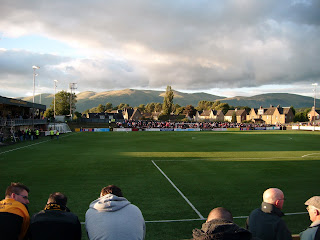 Aberdeen fans in the Railway End... 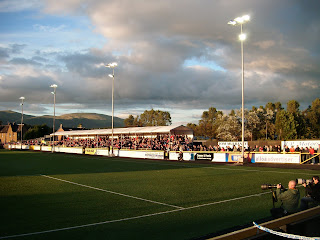 ...and more Aberdeen fans in the Hilton Road Stand. 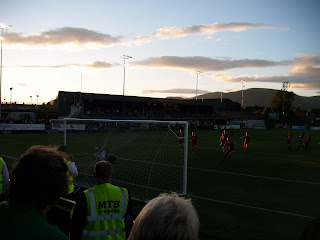 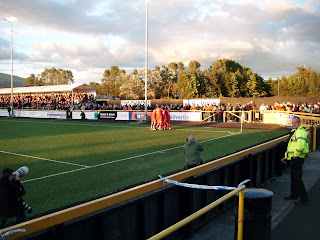 Celebrations after Hartley opened the score. 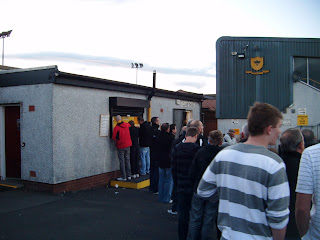 Queuing up for an excellent steak pie.