Last Wednesday I made the short journey to St Mirren Park where the Scottish under-21 team were hosting a friendly (or 'challenge match' as they are called these days) against their Swedish counterparts. On the same night the Scottish first team were ripped apart in Stockholm 3-0 the U21 team fared slightly better and managed a creditable draw against the Scandinavians.

The atmosphere in St Mirren Park left something to be desired especially in the first half. I know it can be quiet on Greenhill Road but I had never heard it as quiet as this! Helsingborg's Denni Avdić scored for Sweden on sixteen minutes. The Scandinavians looked the better side but they were not able to add to their tally before the half time whistle. After the interval (and a fifteen-minute for a steak pie that was sold out) Scotland created more chances and the reshuffled side looked a lot more dangerous. In injury time Dons player Chris Maguire, who had an excellent game, had an impressive run forward and provided Hibee David Wotherspoon with the only Scotland goal of the night.

For pictures of St Mirren Games at St Mirren Park see this post and this one. 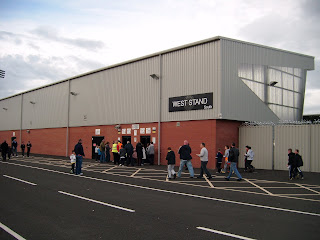 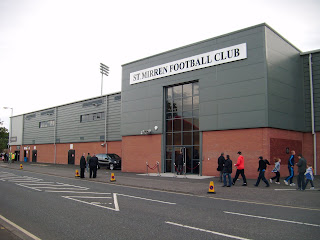 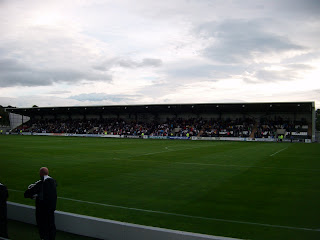 A healthy crowd in the West Stand. 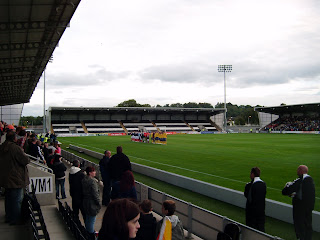 The national anthems before the match. The South Stand was not open tonight... 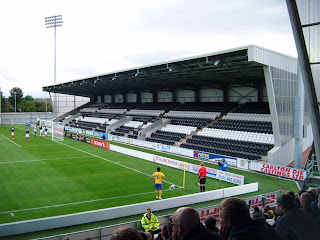 ...and neither was the North Stand. 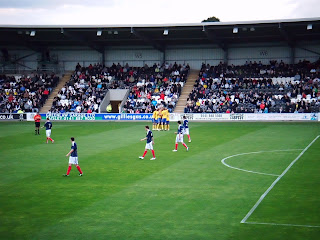 Celebrations after Avdić's goal for Sweden. 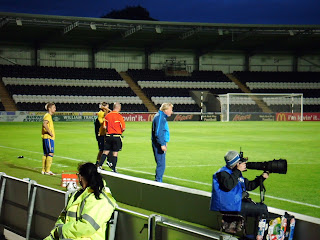