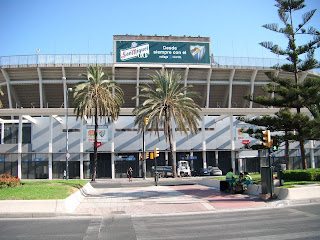 I did not get to see a game this weekend which meant I finally I had some time to post the pictures I took during the stadium tour at Esatadio La Rosaleda, home of Málaga Club de Fútbol. On Monday 6th September 2010 my wife and I took the train from Benalmádena, the resort we were staying in, to Málaga. I do not think there is a direct bus link from Maria Zambrano, the main train station in Málaga, to La Rosaleda so we embarked on a 30-minute walk to the stadium. The alternative would have been a taxi but it is an easy walk, no steep hills or anything like that and basically one straight road.
The stadium was opened in 1941 and there have been several renovations in recent years. The current capacity is 28,963. La Rosaleda also hosted three World Cup first round group matches in 1982, including Scotland v New Zealand (5-2) and Scotland v Soviet Union (2-2). The other game was the mouthwatering clash between the Soviet Union and New Zealand (3-0). The stadium is not owned by the football club, its ownership is shared between the municipality of Málaga, the Málaga Provincial Council and the autonomous Government of Andalusia.

Before we left for Spain I had already seen there was the possibility of a stadium tour on the club's official website. Luckily we were able to get tickets for the home game against Valencia on 28th August but I thought it would be nice to see other parts of the grounds as well. Normally the tour, which includes a visit to the museum, costs €10, however there was a reduced fee of €5 in place now because the stadium was once more being renovated and we were not able to see some parts of the stadium that are normally part of the tour. That meant we did not get to see the press room, home team dressing room or the hall of fame. My wife and I were the only visitors when we arrived at the museum at 10:30 and we were given a private tour by Rocío. She spoke a little English but it would probably help if you understand Spanish (which I do not) because we were not given a lot of additional information by the guide and all plaques etc. in the museum were in Spanish only. Luckily the short film that was shown in the museum had Spanish subtitles.

All in all an interesting visit especially if you are not able to see any games at the ground. 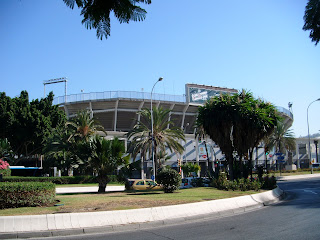 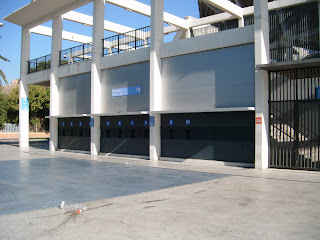 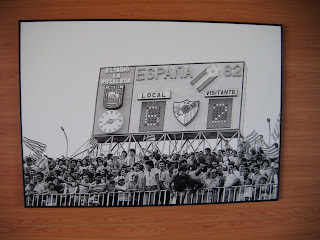 I assume this picture was taken after Malaga CD had beaten Real Madrid 6-2 in the 1983/84 season. 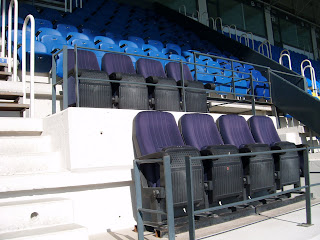 Executive seats in the Tribuna. 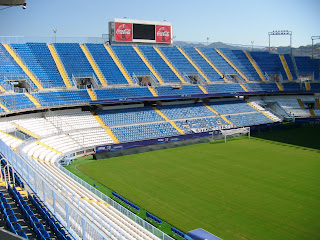 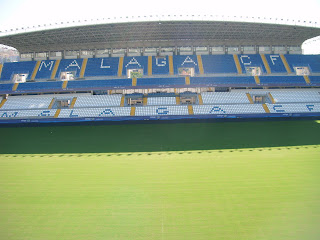 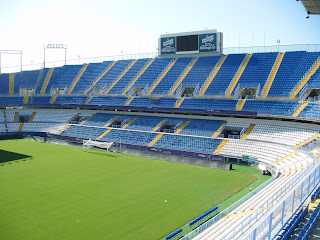 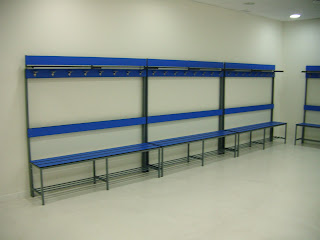 The away dressing room had just been painted. 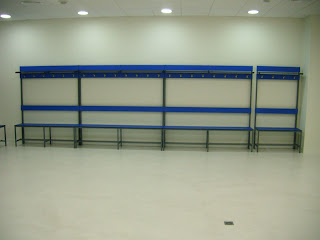 And again the away dressing room. 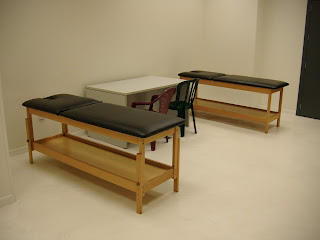 Also a new lick of paint in the massage room. 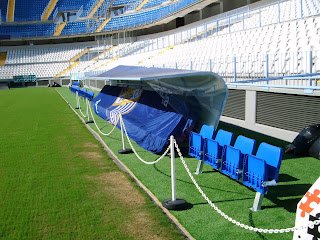 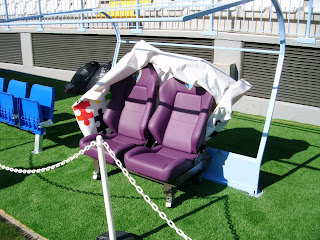 The new seats for the fourth official. 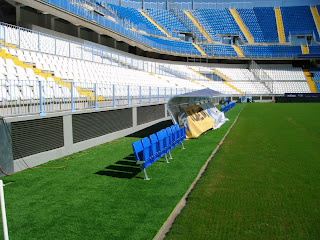 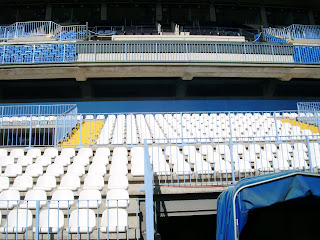 The Tribuna seen from pitch-level. 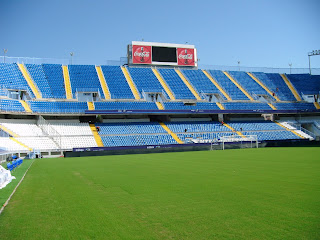 The Fondo end seen from the pitch. 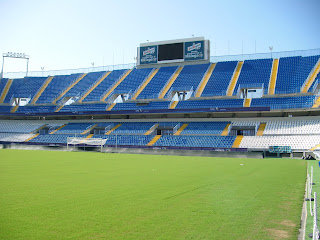 The Gol end seen from the pitch. 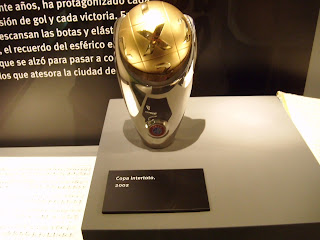 Málaga won the Intertoto Cup in 2002 which meant qualification for the 2002/03 UEFA Cup. They exceeded everyone's expectations and reached the quarter finals in which they lost on penalties to Portuguese outfit Boavista. 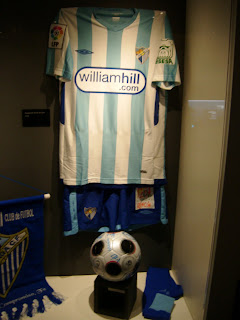 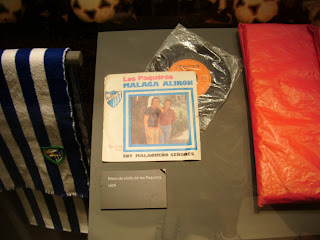 Good to see that dodgy football songs are not only recorded in Britain and Holland. 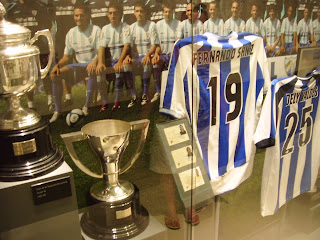 Plenty to see in the museum but some knowledge of the Spanish language would definitely be helpful.
Posted by Bas at 19:35