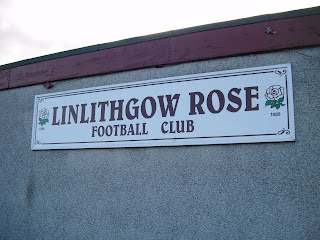 Today I went to Linlithgow in West Lothian, which is 30 minutes on the train from Glasgow Queen Street. The occasion was the Scottish Junior Cup second round tie between holders Linlithgow Rose and Clydebank at Prestonfield Park. I arrived in Linlithgow about an hour before kick-off so there was enough time for a couple of pints in one of the many pubs on the town's High Street. I picked Platform 3, which is an excellent small pub just outside the train station.

After two pints of Deuchars I made my way to Prestonfield, which is a ten-minute walk from the station. Lithgae's ground is a great-looking junior ground with a covered enclosure on one side and a modern-looking main stand, the Davie Roy Stand, on the other side. There is a high grass bank behind one of the goals. Behind the other goal there is room for standing and access to the social club. After the torrential rain of the past few days I had feared a waterlogged pitch but fortunately it was dry and sunny today. About 900 Lithgae and Bankies fans were in attendance.

The home team, 2010 Junior Cup winners and current East Region Superleague leaders, were the obvious favourites to progress to the third round of the biggest competition in Scottish junior football. Clydebank, who knocked out cup holders Auchinleck Talbot last season, were close to opening the score when a Ross McPherson header hit the crossbar. However Dario Quinn's header gave the Rose a deserved lead at half-time. After the interval Bankies seemed the keener side but they had trouble creating clear-cut chances and 1-0 was the final score.

After the game I had one more quick pint in the Old Post Office on the High Street before I took the 4:33pm train back to Glasgow. 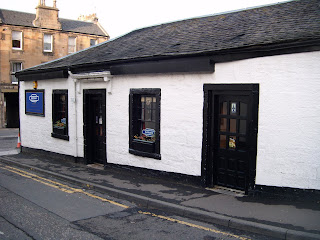 First a couple of pints in Platform 3, a pub just outside the train station. 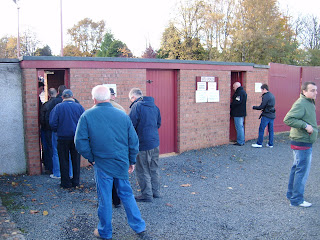 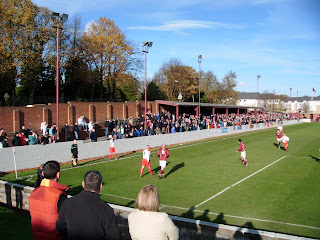 The covered terrace was packed today. 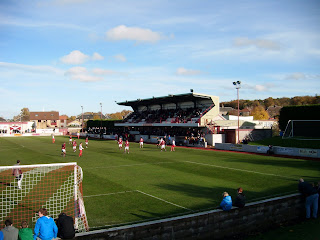 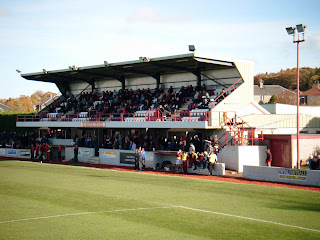 A closer look at the Davie Roy Stand. 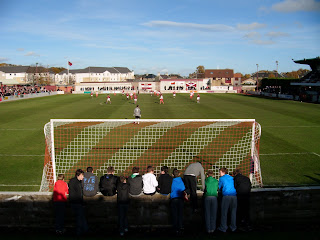 Looking towards the northern end of the park. 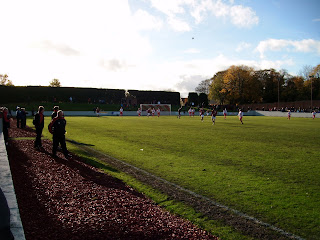 The grass bank in the southern end of the ground. 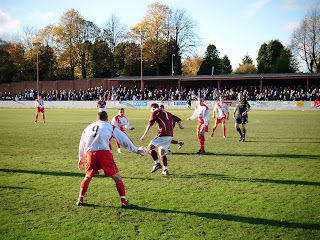 After the poor weather of the last few days some welcome rays of sunshine at Prestonfield. 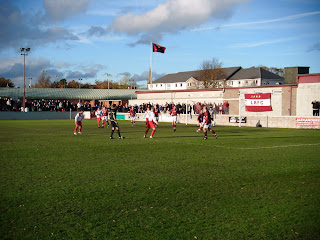 The Bankies were unable to find the net today. 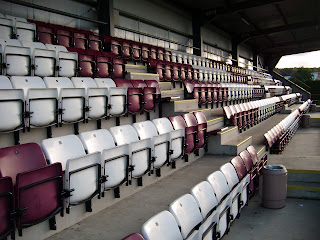 The Davie Roy Stand after the game. 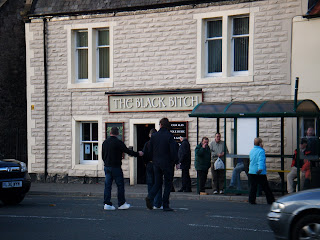 The Black Bitch pub near Prestonfield is named after Linlithgow's coat of arms which shows a black dog chained to an oak tree.