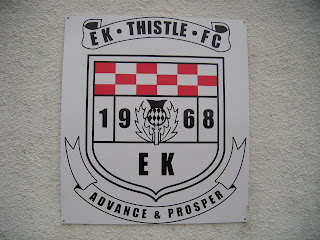 After I got off the train I still had 40 minutes to kill before the 2pm kick-off. Showpark (one word and not 'Show Park') is only a five-minute walk from the train station so I had a quick pre-match pint in the Montgomery Arms. I then made my way to the ground. Showpark looks a bit run-down like so many of the junior grounds. There is a covered terrace which is so far from the pitch that you would struggle to see any of the action on it. A crowd of about 250 was in attendance, many of them Clydebank fans.

The Jags had an excellent first half helped by a sloppy Bankies defence. Anton Heffron put Thistle 1-0 ahead after 28 minutes. It became even more difficult for Clydebank when Darian McKinnon received a straight red card for a foul on Colin Sweeney. I had missed the incident but it was a controversial decision judging by the reaction from the Clydebank players and supporters.

Surprisingly Clydebank looked the stronger team after the interval and it was not obvious that Thistle were only playing against ten men. Halfway through the second half Barry Crawford equalised after an initial effort hit the post. Then an eventful few minutes saw East Kilbride bag all three points after all, courtesy of a Jordan Murch goal five minutes before time or, as the Clydebank Twitter feed put it: "85 mins EK 5 yc for what looked like a punch at Dymock. Then Ek score then EK 9 yc for a get it up you to fans then Ek 3 rc for a foul".

Both teams will meet again three weeks from now as EK Thistle will visit Holm Park in the first round of the West of Scotland Cup and it promises to be a juicy tie. 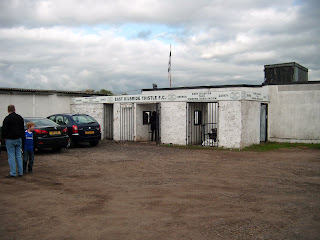 The entrance to Show Park. 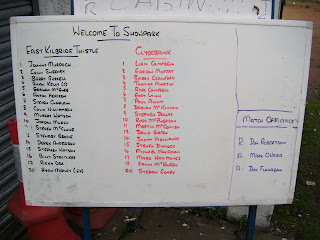 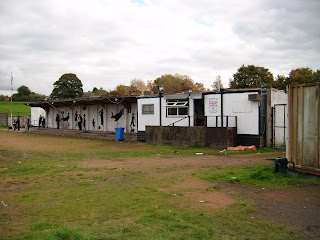 The snack bar and a covered enclosure which seems a bit far from the pitch. 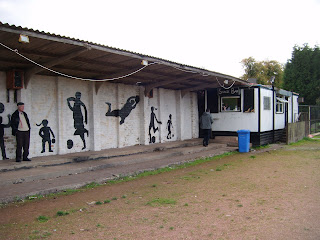 A closer look at the enclosure and snack bar. 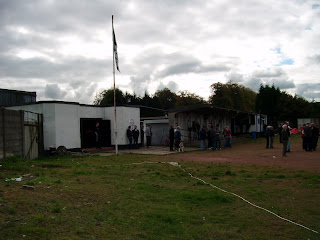 On the left the dressing rooms. 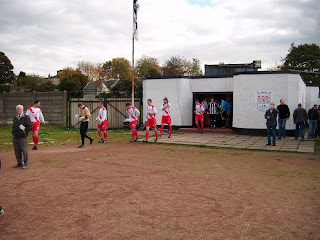 Both sets of players leaving the dressing rooms for the first half. 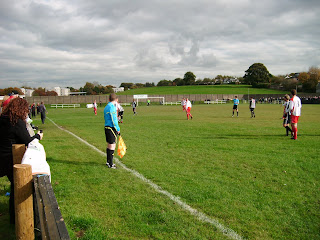 A pleasant autumn afternoon at Showpark. 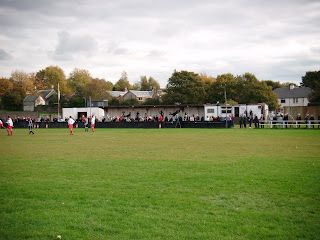 A crowd of about 250 turned up today. 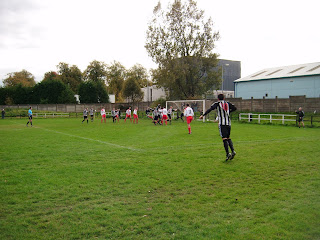 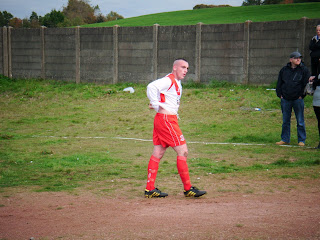 Darian McKinnon was sent off at the end of the first half. 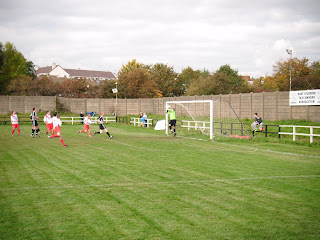 Despite being reduced to ten men the Bankies searched frantically for the equaliser. 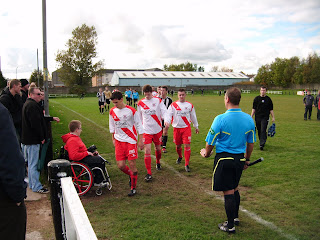 Clydebank were 1-0 down at the interval. 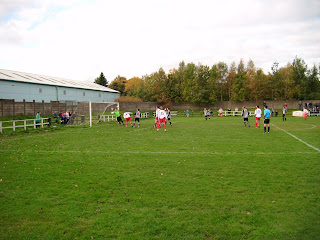 A spirited second-half display led to a deserved equaliser for the Bankies after this header hit the post.