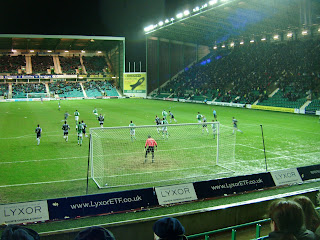 Every five years I have to take a day off to go to Dutch consulate in Edinburgh to renew my Netherlands passport. As my passport had already expired in January and I have a groundhopping trip to Holland booked in for April I had to do this as soon as possible and I decided to make the appointment with the consulate on Wednesday 2nd February as this date coincided with Hibs v St Mirren. This SPL game was originally scheduled for 4th December last year but it had fallen victim to the Big Freeze. This was actually my third midweek fixture in as many weeks. Unlike many fans I do not mind them, especially when they are not too far away as it adds a bit of spice to the working week.

My mate Tony, who also holds a Dutch passport, went along to Edinburgh with me but, being the smart fellow he is, decided against joining me on my visit to Easter Road. I started the day with a breakfast at the Counting House in Glasgow and we took the 11am train to Edinburgh. I had an appointment at 12 noon with a photographer in Edinburgh to have my passport pictures taken. After a twenty-minute walk to the photo studio near East Meadow Park we had to walk the whole way back again but we made a stop at McEwans Ale House in Clerk Street. We then walked to the Dutch consulate which is opposite a new JD Wetherspoon pub, the Alexander Graham Bell, in George Street, so after handing in our forms and having our finger prints taken we decided to give it a try. After one pint we moved to the next Wetherspoon's in George Street, the Standing Order. After visiting three more pubs Tony took the train back to Glasgow and I started to walk in the direction of Leith. There was still a Wetherspoon's pub in Edinburgh I had not visited so I made my way to the Foot of the Walk, which was quite a trek from the city centre.

I had one pint and then walked to Easter Road. I had visited the home of Hibernian two seasons ago and at the time sat, or rather stood, amongst the home fans in the East Stand. In the meanwhile this stand had been demolished and replaced by a new single-tier stand. This makes the ground look a lot more modern but it has taken away a bit of the character of the stadium. Last week I went as a St Mirren fan and I took my seat in the South Stand. As both teams are near the bottom of the league this game was crucial but only a few hundred St Mirren fans had made the trip to Edinburgh. It was a woeful display and it was clear that the league table does not lie. Hibs however managed to score through Derek Riordan 17 minutes after the break. By the time David Wotherspoon added to Hibernian's tally in injury time I had already left the stadium in order to make the 10pm train back to Glasgow.

For more pictures of Easter Road see this post. 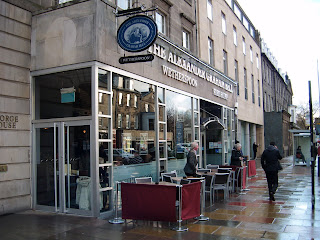 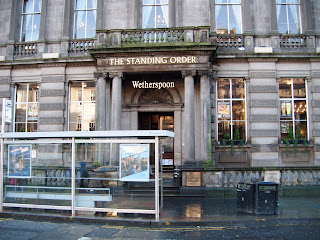 Then off to the Standing Order. 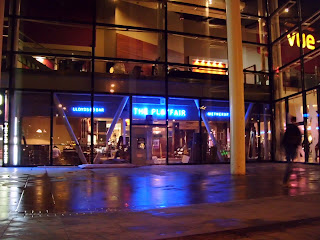 Passing the Playfair on my way to Leith. It looked like it was closed for refurbishment. 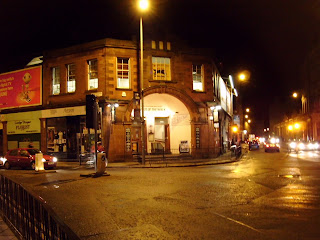 The Foot of the Walk in Leith. 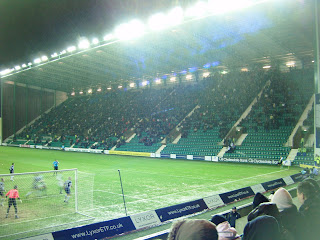 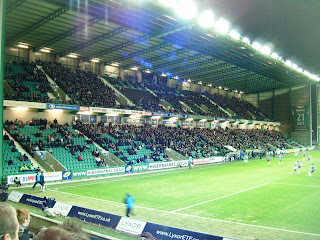 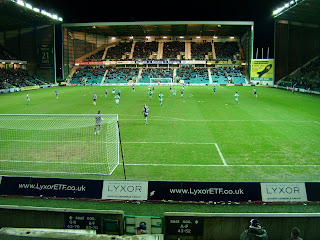