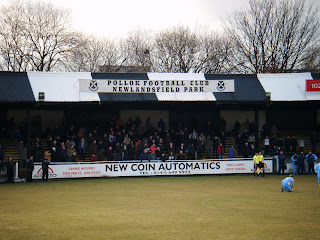 Last Saturday I made the short journey by train from Paisley to the South Side of Glasgow for the derby between Pollok and Arthurlie in the top division of the Scottish Juniors (West Region). Newlandsfield Park is easy to reach from Glasgow Central as the ground is situated next to Pollokshaws East railway station.

Pollok FC were high on my list of 'junior clubs to be visited' as they are one of the most popular clubs in the junior set-up and the fixture against traditional rivals Arthurlie of nearby Barrhead was the one I had been waiting for. I got off the train at around 1pm and the 1:45 kick-off meant I still had some time to tick off one of the two JD Wetherspoon pubs in Glasgow I had not visited yet. The Sir John Robert Maxwell is a five-minute walk from Pollokshaws East train station but the slow service in the pub, not unusual for a Wetherspoon's, meant I only had time for one pint if I did not want to miss the kick-off at Newlandsfield Park.

Pollok's ground was opened in 1928 and, according to the official website, has a capacity of 4,000. There is no seating and the large enclosure can hold 1,500. The average gate for league games last season was 507, which makes the Lok one of the best-supported junior sides. At the moment Pollok are top of the West Region Super League Premier League.

Although no official attendance figure has been released yet I estimate a crowd of 800-900 turned up on Saturday (Edit: an official attendance figure of 784 has now been confirmed). Pollok opened the score after 10 minutes when Iain Diack sent (what looked like) a cross into the goal area and the ball ended up in the net via the woodwork. The Lie then went on a frantic search for the equaliser but 1-0 was still the score at the interval. Halfway through the second half Frank McKeown headed the deserved equaliser into the net. Only minutes later however Pollok were awarded a penalty. Diack was not so lucky this time and his spot-kick was saved by Neil Parry. The game ended 1-1 each, which meant Pollok are still top of the league and Arthurlie are now runners-up, one point behind their Glasgow rivals but with a game in hand. 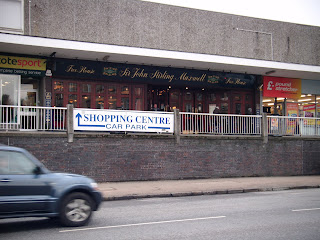 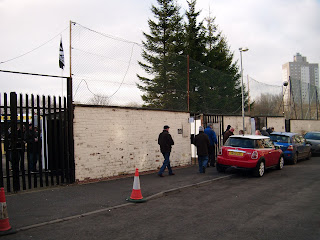 The gates to Newlandsfield Park. 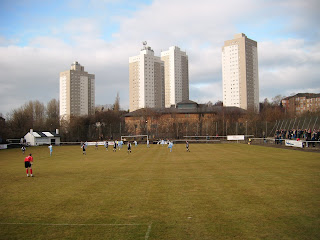 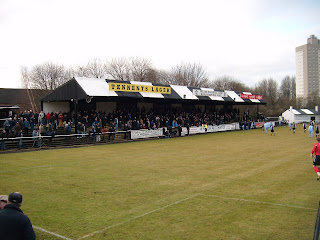 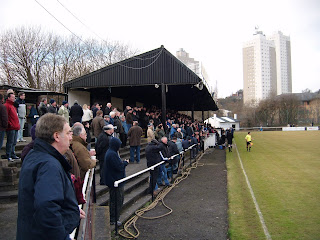 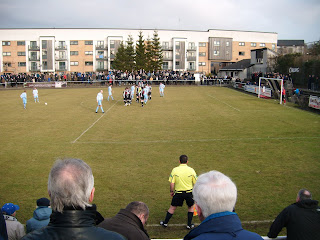 This Arthurlie free-kick did not go in. 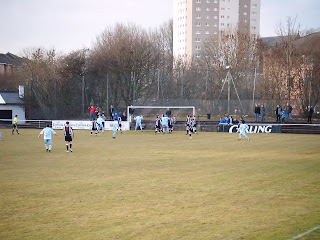 Arthurlie scored the equaliser in the second half. 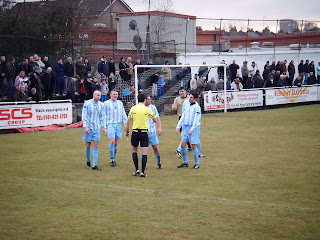 Arthurlie players do not agree with the penalty that referee Don Robertson awarded to Pollok. 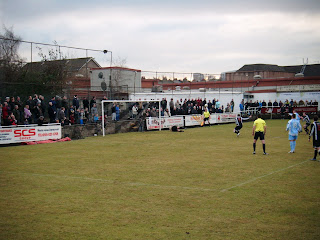 Unfortunately for Pollok, Arthurlie goalie Neil Parry stopped Diack's penalty. The ball that looks like it is in the net is actually a ball lying behind the net...