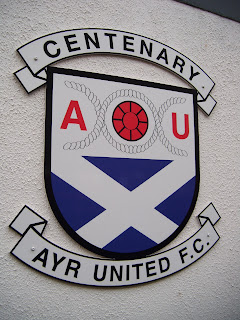 Last Saturday I paid my second visit to Somerset Park in less than three weeks. On 20th January I had witnessed the Honest Men knocking Hibs out of the Scottish Cup. In the fifth round St Mirren came calling and this time I was in the Railway End as a St Mirren supporter. I took the train to Ayr (a 40-minute journey from Paisley) and had a pint in the local Wetherspoon's, the West Kirk, before heading for the ground, a short walk of about fifteen minutes from the town centre.

The game was made all-ticket on advice of Strathclyde Police and Saints had been allocated 2,500 tickets of which they sold about 2,300. A crowd of just under 6,000 showed up today and created a great cup atmosphere at Somerset Park. Craig Dargo scored the first goal for Saints after barely six minutes and added a second to his tally in the dying minutes of the first half. The chance of another upset by the part-timers started to look very slim until United's Mark Roberts scored from the spot thirteen minutes after the interval. St Mirren managed to hang on to their slim lead however and Dargo had a couple of chances to complete a hat-trick but manager Danny Lennon took him off fifteen minutes before time. This resulted in the Paisley contingent chanting: 'You don't know what you're doing!' but Lennon afterwards explained Dargo had started to look tired. It was a bizarre decision in my opinion but Saints are through to the quarter-final where they will meet Aberdeen at home.

For more pictures of Somerset Park, see this post and this one. 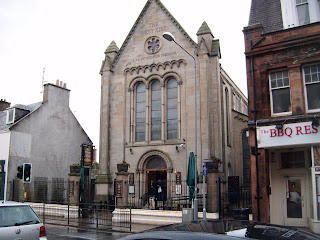 A pre-match pint in the West Kirk. 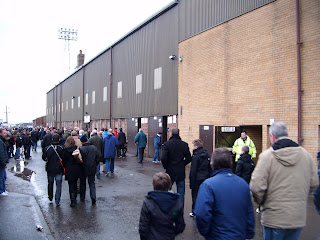 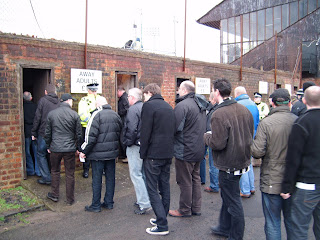 Queues at the away end. 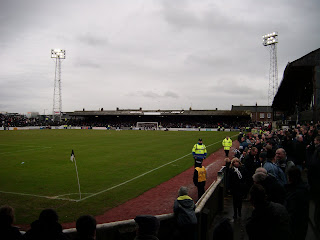 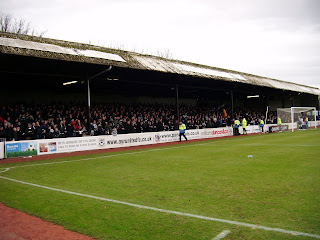 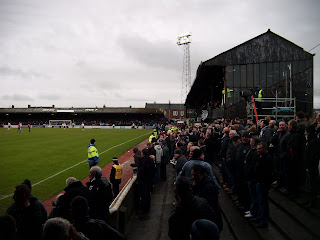 The Main Stand was sold out. Saints fans in the foreground. 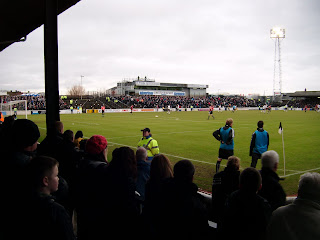 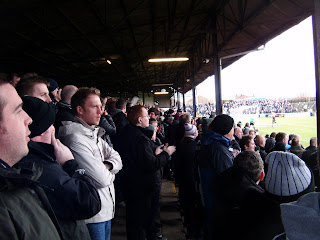 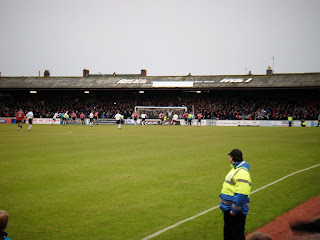