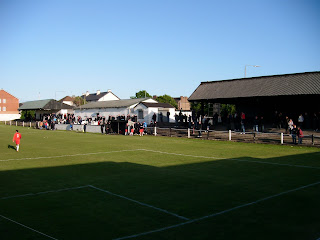 Even though the weather we have had in Scotland lately has made it feel like autumn or even winter it is definitely springtime. That means the days are longer and we can go to midweek junior games with evening kick-offs. Most junior grounds do not have floodlights and games are usually only played on Saturday afternoons but come May they are played on basically every day of the week. The ones on Friday nights are my favourites as it means a perfect start to the weekend and I am not really bothering my wife.

On Friday 20th May I decided to go to Shettleston v Thorniewood United, an encounter in the West Region Central District First Division. I took a train from Paisley to Glasgow Central, then walked to Glasgow Queen Street and jumped on the train to Edinburgh, the new connection via Bathgate that is. Unfortunately there had been line problems and the train was six minutes late. I was on a tight schedule and it meant I would miss kick-off. After a very short train journey of only a few minutes I got off at Carntyne station, in the east end of Glasgow, and walked to Greenfield Park which took me less than ten minutes.

Greenfield Park is a great junior ground: it has two enclosures, a lot of crumbling terraces and supposedly a good social club as well (which I did not have time to visit). Tonight's game was important for both sides. Thorniewood, who were already promoted, were still in with a chance to win the league. If they beat Shettleston and Kilsyth Rangers lost the next day the title would be theirs. Shettleston needed a win to be still in with a chance to avoid relegation. Unfortunately both sides did not get what they wanted and the game ended in a 1-1 draw, although I think this was a fair result on the night.

After the game I walked back to Carntyne station and discovered the next train was due in 30 minutes. After a half-hour wait that felt like a two-hour wait I was on my way home. 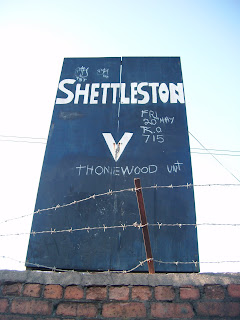 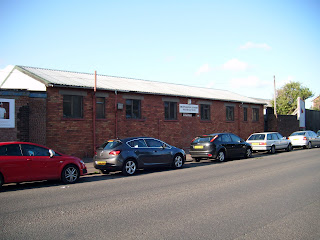 Greenfield Park seen from outside. 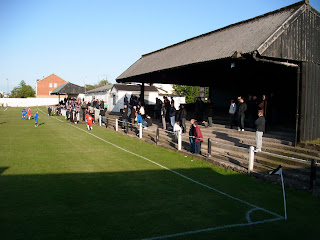 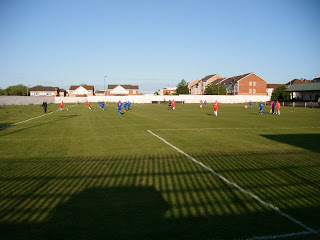 No junior ground is complete without a brick wall painted white. 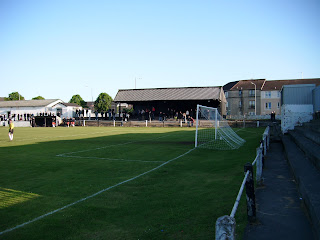 Another look at one of the enclosures. 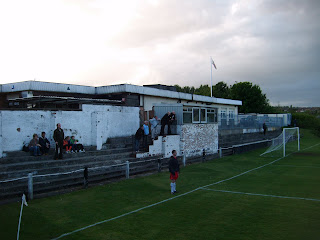 The social club behind the white wall, beautiful crumbling terracing in front of it. 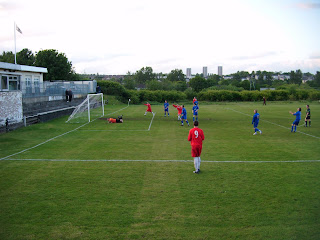 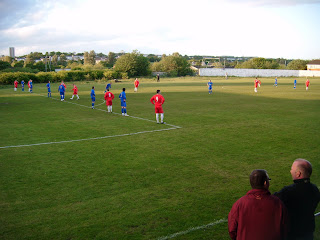