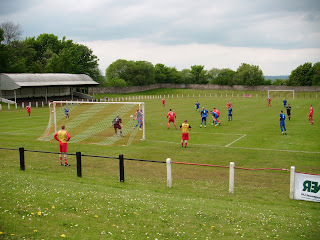 Last week I went to Keanie Park to see Johnstone Burgh versus basement boys Blantyre Vics in Central District First Division. Johnstone is only four minutes by train from Paisley and the walk to the ground is a short one as well. I arrived at Johnstone station well before kick-off which meant there was still time for a pre-match pint in the Silver Tassie. I then made my way to Keanie Park, which is a nice and tidy ground. The weather was great at first as well until it started raining in the second half.

Vics were already relegated before this game but still somehow managed to beat Burgh 4-0. This result meant that the drop to the Central District Second Division loomed for the Renfrewshire side as well and after today's result their fate was confirmed. For most of the match this had seemed a typical goalless draw. Burgh looked slightly stronger but were unable to find the net. With 13 minutes to go Vics were awarded a penalty. Vics' number 7 scored and then Burgh fell apart and conceded three more goals in the next 13 minutes. The entrance to Keanie Park. 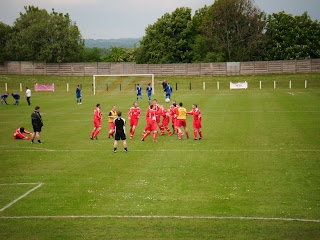 Burgh's warm-up: throwing the ball at each other... 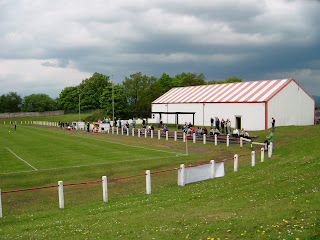 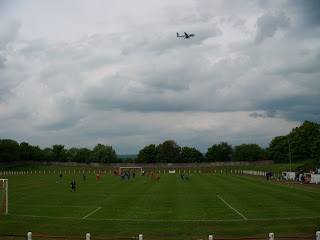 Johnstone is on the Glasgow Airport flightpath. 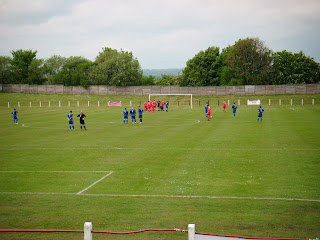 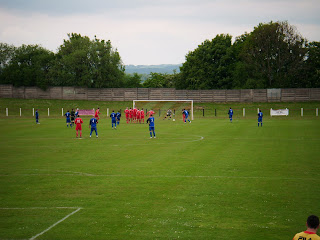 This Blantyre free kick did not go in. 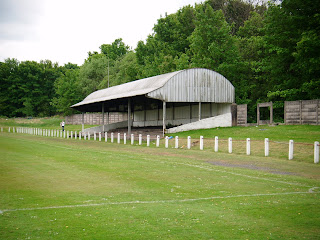 The enclosure was not very popular today, even after it had started raining in the second half. 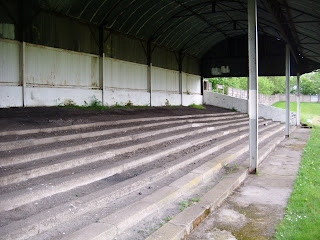