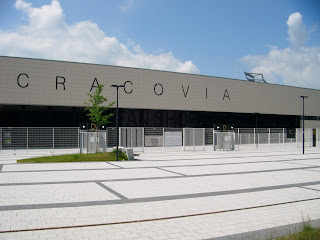 I took these pictures of Stadion Cracovii, home of Cracovia, on Sunday 29th May. As I explained in my previous post I was in Kraków for six days for my work. After having taken some pictures at the ground of one-time Polish champions Garbarnia I walked to the ground of Kraków's second club, which took me about 30 minutes.

Founded in 1906, Cracovia is the oldest Polish football club still in existence. They have been Polish champions five times although the last time they won the league was in 1948. Nowadays it is all about making sure they stay in the top flight, the Ekstraklasa, and Cracovia managed to avoid relegation once more last season. Their main rivals are the far more successful Wisła Kraków, whose stadium is only half a mile away from Cracovia's.

Cracovia have been playing football at this location since 1912 however the current stadium only opened its doors in September last year. Unfortunately, I was unable to enter the modern ground, which has a capacity of about 15,000. Therefore only exterior shots but who knows, I may come back here one day. 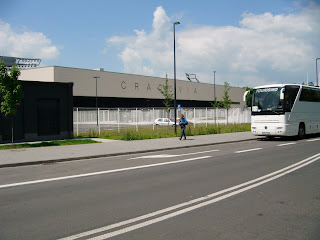 Approaching the ground from the east. 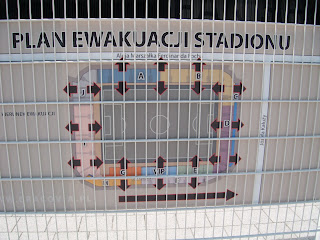 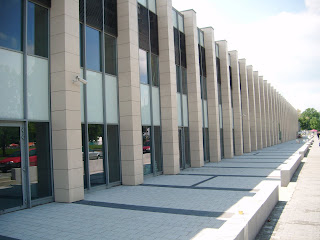 The North Stand is occupied by several retail outlets. 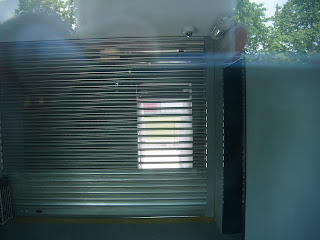 A glimpse of the pitch. 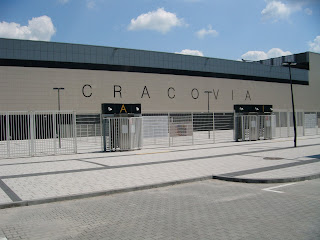 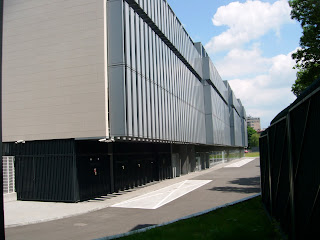 The South Stand, which is the main stand.
Posted by Bas at 22:40